BNS
aA
Lithuania's Prosecutor General's Office has decided to appeal against the Regional Court of Vilnius' ruling in the high-profile January 13 case. 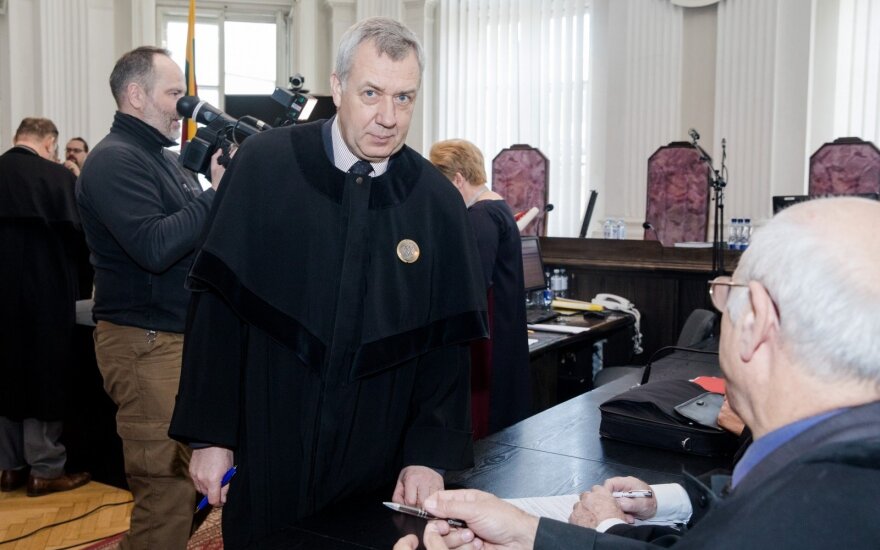 "The appeal is being produced," prosecutor Gintautas Paskevisius, one of the public prosecutors in the January 13 case, told BNS Lithuania on Monday.

A civil claim worth more than 11.3 million euros was lodged as part of the case. During the closing statements in May, prosecutors said the defendants residing in foreign countries must cover the costs of treatment of those injured during the January 13 events, burial costs for those killed, costs related to the construction of memorials, payments to the children of those killed, payments to people made disabled, damages incurred from the loss of items from occupied buildings etc.

The Regional Court of Vilnius stated in its ruling that Russia is the successor state of the Soviet Union and that damage compensation is a matter of interstate negotiations.

The lawyers for the defendants in the case also plan to appeal. The majority of the lawyers told BNS Lithuania they would produce their appeals. They believe a court of higher instance should also hear the case. Some of them believe that the troops were just executing orders and their actions should be evaluated by a military tribunal.

Speaking with BNS Lithuania, Rysard Burda, defending former KGB officer Mikhail Golovatov who was sentenced in absentia to 12 years in prison for war crimes and crimes against humanity, confirmed his plans to appeal.

Burda said he would ask the Court of Appeal to acquit Golovatov, stating that he objects to the qualification of the criminal acts.

"In fact, the evaluation of crimes against humanity slightly differs as not the subordinates are, first of all, held accountable for them but those in command of aggression, occupation or some other crime against humanity. I see no logic in the court ruling," the lawyer told BNS Lithuania.

Fourteen civilians were killed and hundreds more were wounded when the Soviet troops stormed the TV Tower and the Radio and Television Committee building in Vilnius in the early hours of Jan. 13, 1991.

On March 27, the Regional Court of Vilnius found all 67 defendants, citizens of Russia, Belarus and Ukraine, guilty in the January 13 case and issued prison sentences ranging from four to 14 years.

The majority of the defendants were sentenced in absentia as Russia and Belarus refused to extradite them.

Russia 's decision to open criminal cases against the Lithuanian prosecutors and judges working on...