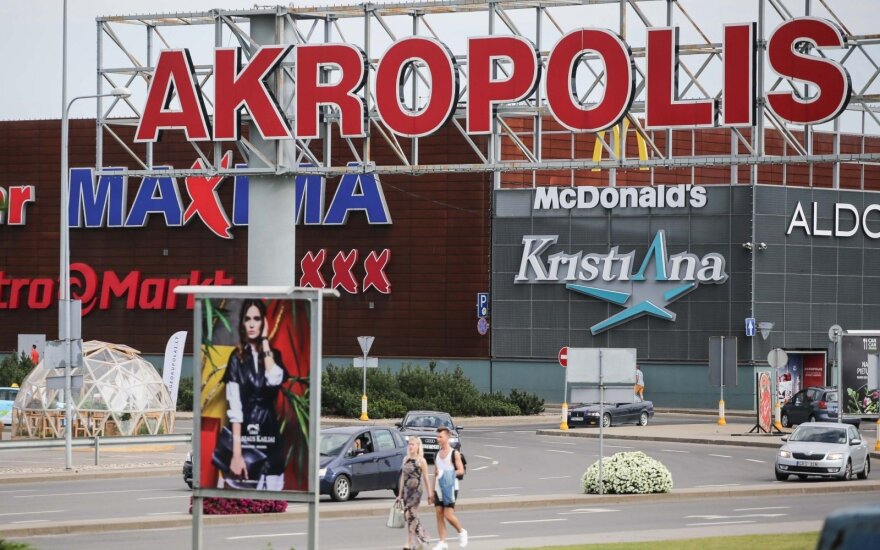 Prosecutors have announced that they are discontinuing an investigation into alleged tax evasion by shareholders of VP Group, one of the biggest companies in Lithuania that owns several shopping malls and the Maxima supermarket chain.

The investigation focused on whether certain reorganization decisions within the group might not have been motivated by efforts to avoid paying taxes.

Having evaluated data gathered by Financial Crime Investigation Service, and the conclusions drawn by the State Tax Inspectorate, the Department of the Organized Crime and Corruption found no evidence of VP Group shareholders committing fraud in the tax domain. The prosecutors did not find any evidence of legalization of criminal assets, therefore they said they made a decision to dismiss the investigation.

Related articles
Rimi acquires IKI: What changes are to be expected in retail market?  (1)
Tax chief probed for possible misconduct

However, the investigators said they did not find that by executing the reorganization of the enterprises VP Group was trying to avoid paying taxes.

The State Tax Inspectorate did not find any tax violations either.

The investigation demonstrated that all decisions on separation or connection of the enterprises were adopted by unanimous consent of the shareholders. There are no data available to support the allegations that shareholders had been given false information in order to influence their vote, the prosecutors said.

Pre-trial investigation was carried out by the officers of Financial Crime Investigation Service and were led by the prosecutor of the Department of the Organized Crime and Corruption.

"Since the very beginning of the inquiry, we emphasized that we trust the professionalism and objectivity of public institutions. We understand that the government must react to charges of tax evasion raised by one of the shareholders, and that is the reason why investigation was initiated.

Decision of the Prosecutor General once again confirms that VP and its subsidiaries have never carried out any tax evasion.

We hope that the Prosecutor General's decision will be a positive boost for both VP reputation and compensation for Akropolis sales deal delay lawsuits, as well as other cases,” Raimonda Kižienė, director of Vilniaus Prekyba, says.

Lawyer Olga Petroševičienė, who is representing the main shareholder of VP Group, Nerijus Numavičius, has called the allegations a defamation campaign initiated by another shareholder, Mindaugas Marcinkevičius.

Meanwhile Mindaugas Marcinkevičius says he is surprised that the investigation was dismissed.

"As far as I know, the Prosecutor's Office and the Financial Crime Investigation Service did not ask for independent experts’ assistance. I am looking forward to prosecutors presenting the documents supporting their decision to stop the investigation," says Mindaugas Marcinkevičius.

Rimi acquires IKI: What changes are to be expected in retail market? (1)

On Friday morning it was officially confirmed that two major Lithuanian retail chains are merging –...

Dainoras Bradauskas , the head of the Lithuanian State Tax Inspectorate , may have committed...

Dainoras Bradauskas , the head of the Lithuanian State Tax Inspectorate , may have committed...

MEP Guoga: a chance for the new Government to clean up

It seems that the new Prime Minister Saulius Skvernelis is very determined to fight against...