BNS
aA
Prosecutor General Evaldas Pasilis has been selected as Lithuania's candidate for the position of a judge at the EU General Court, Justice Minister Elvinas Jankevicius confirmed on Thursday. 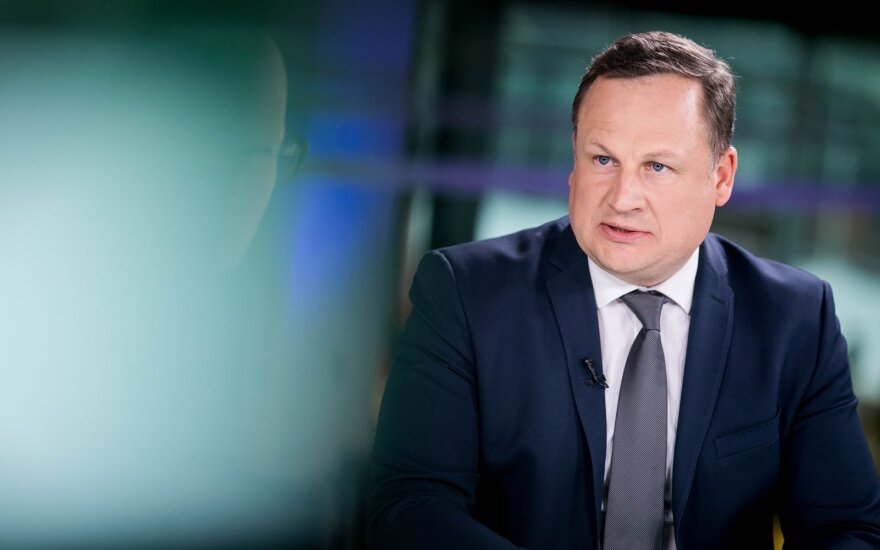 "We selected (Pasilis) this morning," he told BNS.

The selection commission, made up of representatives of the Seimas, the government and the Judicial Council, selected Pasilis by a large majority of votes.

"By a large majority, not quite unanimously, but almost," Jankevicius, the chairman of the commission, said when asked about the results of the vote.

Pasilis was chosen from among six applicants for the position. His nomination will now have to be approved by the Cabinet, President Gitanas Nauseda and the Seimas.

If the president gives the go-ahead, it will be most probably the new parliament that will vote on his nomination, Jankevicius said.

If Lithuania nominates Pasilis for the position, his will still have to be approved by a special Luxembourg-based panel.

Lithuania is currently represented in the General Court by Rimvydas Norkus, a former Supreme Court judge appointed to the EU court last year, and Virgilijus Valancius. The latter's term of office ended in October 2019, but he is staying on until a new candidate has been approved.

Two candidates have been already rejected. Gediminas Mesonis, a judge of the Lithuanian Constitutional Court, was approved by the Seimas last January, but was rejected by the Luxembourg panel.

In July 2019, the government proposed Valancius for a second term in the General Court, but President Gitanas Nauseda did not approve his nomination.

The General Court deals with cases lodged by individuals, businesses or organizations against acts by EU institutions and bodies, cases filed by EU countries against certain decisions of the European Commission or the Council, and other cases.

Before his appointment as prosecutor general for a five-year term in late December 2015, Pasilis had worked for 15 years as a judge at Ukmerge District Court, including five years as its president.

After information being released at the Prosecutor General’s Office on Wednesday on spying for...

Plan to mark anniversary of May 3 Constitution approved

The Lithuanian Cabinet approved on Wednesday a program for marking the 230th anniversary of the...