...
BNS
aA
The staff of Lithuania's detention center for illegal migrants do not speak foreign languages, detained families with children are held behind bars and not all of the children living there attend school, an investigation has revealed. 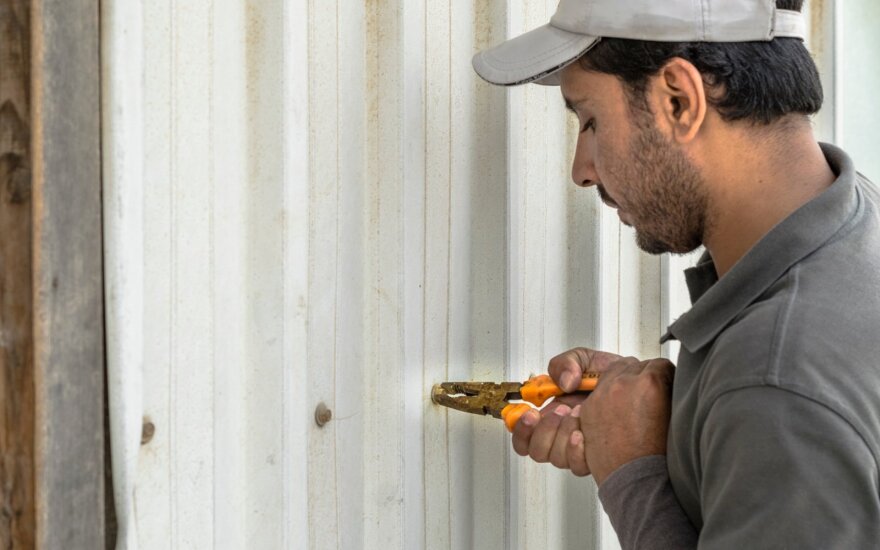 These and other violations, such as failure to offer Muslim inmates alternatives to pork-based meals, were identified in the Foreigners' Registration Center in Pabrade, close to Vilnius, by the Seimas' Ombudsmen's Office.

"The rights of detained foreigners are not ensured, and the staff's negligent and intolerant attitude toward vulnerable persons is not conducive to ensuring the necessary assistance to the inmates," the office said in a statement

According to Seimas Ombudsman Augustinas Normantas who carried out the probe, these rights violations are often caused by language barriers which prevent the center's staff from responding to the special needs of detained foreigners.

In the absence of interpretation services, foreigners living in the center often help each other to inform the administration about their needs.

Foreigners complain that they not only have to act as interpreters for others within the center, but also to accompany other inmates to healthcare facilities.

"They agree to be interpreters as they want to help each other, but they note that this situation is unpleasant for them because the language barrier often prevents them from getting the services they want; they have difficulty communicating with the staff in a constructive manner and finding out some information or asking for something," Normantas said.

Another highly sensitive issue is the detention of minors, according to the ombudsman.

"In a specific case where a family with young children was detained, no possible measures, other than detention and putting them behind bars, in respect of the mother and the children were considered," the report says.

It also draws attention to the situation of disabled people living in the center. At the time the investigation took place, a person with reduced mobility was accommodated on the second floor in a room that was not adapted for special needs.

The report also notes a lack of access to healthcare services for those living in the center.

"It not even clear on what days the center's GP actually works," Normantas said.

The center's inmates also complain about the quality of the services they are provided with and about health professionals' negligent attitude toward their requests, according to him.

The ombudsman recommends that the health minister take measures to ensure proper hygiene standards at the center and that the interior minister take steps to provide foreigners with food meeting their religious requirements.

The head of the State Border Protection Service is asked to provide the necessary funding to improve the detention conditions for foreigners and ensure that their special needs are met.

Most illegal migrants cross into Lithuania from Latvia

Illegal migrants coming from Belarus were the biggest problem for Lithuania a couple of years ago,...

Lithuania could become the new entry point for migrants coming to the European Union and the...

What languages are studied the most in the EU?

English is, by far, the most popular foreign language to be studied in the EU. Nearly 98% of...

A court in southern Lithuania has this week slapped fines of 7,500 euros on two men for illegally...