BNS
aA
The Baltic News Agency offers a preview of some of the key political and public events in Lithuania in 2020, including the next parliamentary election, a visit by the French president, and the court's ruling in a high-profile political corruption trial involving Eligijus Masiulis, a former leader of the Liberal Movement, and MG Baltic, one of the country's largest business groups. 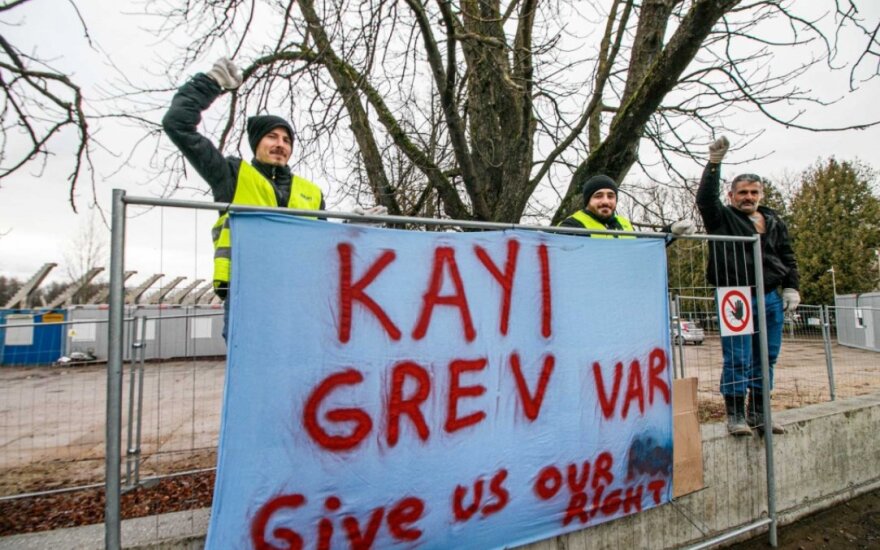 While the Homeland Union–Lithuanian Christian Democrats, the Lithuanian Social Democratic Party (LSDP) and the Labor Party are expected to gain ground in the Seimas election, the Lithuanian Farmers and Greens Union will likely lose some of their seats in the parliament.

The conservative Homeland Union expects Ingrida Simonyte to help attract more votes and will invite Rokas Masiulis to join the team. The conservatives' election campaign will focus on the strengthening of the state. Opponents will criticize the private school business of the wife of Gabrielius Landsbergis, the party's leader, and point the finger at the crisis experience a decade ago. Even if the Homeland Union wins the election, it will face the challenge of forming a government because the Liberal Movement's support will not be enough to muster a majority.

The Social Democrats will win back some of their voters from the LFGU as their promise to reduce inequality will appeal to people in regions and towns. The LSDP will likely to bring in popular faces from outside to achieve a breakthrough in major cities, especially in Vilnius, which it needs to declare a victory. Opponents will remind Gintautas Paluckas, the party's chairman who seems to be liked by President Gitanas Nauseda, of his past conviction of abuse of office, and Rasa Budbergyte and Vytenis Andriukaitis will be mentioned among potential Social Democratic leaders.

The Labor Party with Viktor Uspaskich at the helm will try to ride the wave of rising approval ratings, and make use of the LFGU's downturn and the split in the Order and Justice party. The LFGU, the biggest party in the current Seimas, will try to stem the decline in their ratings by claiming credit for people's rising incomes and may put next year's generous budget, drafted by the party, at the center of their election campaign.

If the Seimas overrides the president's veto on a law lowering the parliamentary election threshold, the next parliament may be more fragmented than ever.

The planned launch of Belarus' Astravyets nuclear power plant may add to tensions and trigger a barrage of mutual accusations in the run up to the elections.

Foreign ministers from the Bucharest Nine countries making up NATO's eastern flank are expected to join Lithuanians in their celebration of the 30th anniversary of independence from the Soviet Union in Vilnius on March 11.

In July, Vilnius will host the Ukraine Reform Conference 2020, expected to be attended by President Volodymyr Zelensky, among others.

In the summer, Lithuania is also expected to be visited by the Israeli and French presidents. Reuven Rivlin has been invited to attend celebrations of the 300th birth anniversary of the great Talmud scholar known as the Gaon of Vilnius. Emmanuel Macron may come to Lithuania in August to visit a company of French soldiers to be deployed to the country.

An agreement with the United States on the security of 5G networks, effectively placing restrictions on China's Huawei, may get the Lithuanian president or prime minister an invitation to the White House. Lithuania may later in the year sign a contract, worth several hundred millions of euros, with the US on the acquisition of Black Hawk military helicopters.

Nauseda will appoint new ambassadors to the US, Russia, Ukraine, NATO and the European Union. Talks on Lithuania's share of the EU's 2021-2027 budget and heated debates over the bloc's reforms and its relations with the UK after Brexit will present opportunities for the president to show his diplomatic skills.

The Seimas should confirm the first in Lithuania's history female president of the Supreme Court, despite possible critical voices during the consideration of Sigita Rudenaite, the incumbent chair of the Supreme Court's Civil Division, nominated by the president, that a person from the outside should have been nominated amid the judicial corruption scandal.

The president will have to decide on a candidate to replace Dainius Zalimas, president of the Constitutional Court, following his 6-year term, as well as whether to nominate Darius Jauniskis, head of the State Security Department, and Arunas Dulkys, the state ombudsman, for another term. In all three cases, the parliament's approval will be necessary. Up until now, no intelligence chief or state ombudsman has ever served two consecutive terms.

Prosecutors are due to hand over the judicial corruption case to court in the first half of this year, and Vilnius Regional Court is expected to issue its ruling in the MG Baltic political corruption case in the second half.

The Constitutional Court is due to rule on whether the existing model for funding the national broadcaster LRT, stipulating that its budget is automatically calculated taking into account residential income tax and excise revenue, does not run counter to the country's Constitution. This case also includes other special laws on advanced funding of certain foundations or programs in the areas of road maintenance, environmental protection and sports.

The European Court of Human Rights is due to start hearing the case of former OMON officer Konstantin Mikhailov sentenced to life in prison.

The authorities of Kaunas, Lithuania's second-largest city, will uneasily watch whether the Turks will manage to complete the reconstruction of the Darius and Girenas Stadium in time by the end of the year.

Meanwhile, Vilnius plans to sign a concession contract for the Vilnius stadium with Axis industries, part of the Icor group, in February.

Culture lovers will be attracted to Trakai, Lithuania's Capital of Culture, with a major focus on ethnic minorities.

Workers will enjoy five long weekends of three days or more this year, including Easter days-off on April 11-13. As the International Workers' Day is a day-off, people will be able to enjoy a long weekend on May 1-3. The July 6 Day of Coronation of King Mindaugas falls on Monday and will also form a long weekend. Moreover, a long weekend will be in early November and on Christmas.

Lithuanian President Gitanas Nauseda on Thursday did not sign into law a bill lowering the...

The Lithuanian Seimas on Tuesday lowered the parliamentary election threshold to 3 percent for...

Liberals move to lower minimum age for standing as MP

The opposition Liberal Movement proposes to amend the Constitution to lower the minimum age for...

President: decision on Savickas will depend on his competences and elections