...
DELFI EN
aA
On the eve of the 75th anniversary of the end of World War II, the Presidents of the Baltic States Gitanas Nausėda, Egils Levits and Kersti Kaljulaid signed a joint statement where they paid tribute to all victims of World War II and urged the world leaders to reject efforts to rewrite history. 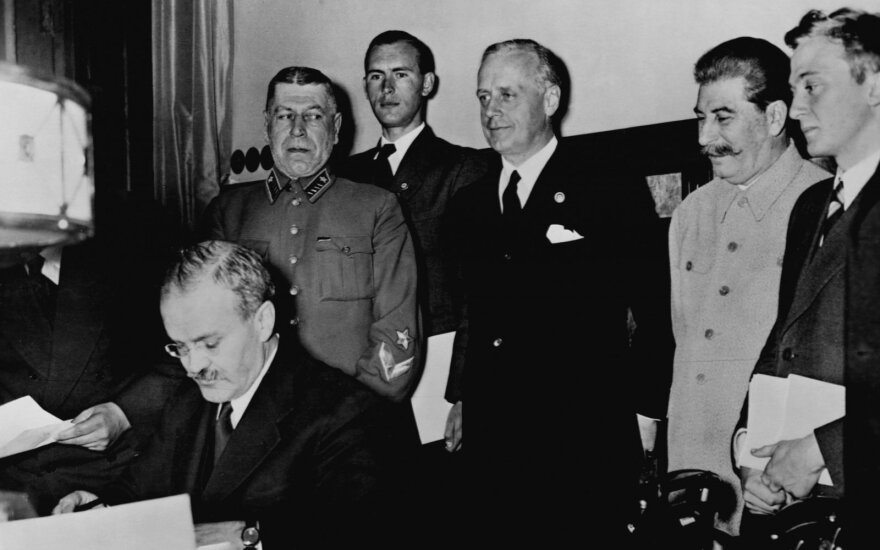 The Presidents stated that the end of World War II did not mark freedom to the nations of Central and Eastern Europe, instead, one totalitarian regime was replaced by another. For the Baltic States it meant Soviet occupation and annexation. “Two ruthless dictators – Hitler and Stalin – had divided Europe into their spheres of influence through secret protocols of the Molotov-Ribbentrop Pact between the Soviet Union and Nazi Germany. The central and eastern part of the continent remained under the rule of communist regimes for almost half a century. The Soviet Union used overwhelming military force, indiscriminate repression, mass deportations and total ideological control to subjugate the Baltic nations,” the Presidents said in the statement and emphasized that World War II in the Baltic States ended only after the withdrawal of the Russian army when national independence was restored in 1990-1991.

The Presidents highlighted that the Soviet occupation and its lessons were still a bleeding wound that urged the Baltic States to fight for historic truth and justice. The three Baltic leaders stressed that some countries falsified historical events of World War II and those that followed in the aftermath and efforts were made to question the very foundation of the contemporary international rules-based order.

“We firmly reject the concept of spheres of influence and insist on equality of all nations. The imperative of international security requires continuous adherence to international law and agreed norms, as well as unconditional respect for the territorial integrity of all sovereign states and their right to choose their own security arrangements and enter into unions and alliances. We reiterate that NATO remains the foundation of the collective defense of our countries and the transatlantic link is of vital importance for the future security and stability of Europe,” the Presidents said in the statement.

The Presidents expressed gratitude to more than 60 countries which had not recognized the Soviet occupation of the Baltic States and supported their struggle for independence after the end of World War II.

An official appeal of the Baltic Presidents is addressed to all the leaders of the world to establish the principles of historical memory related to the responsibilities and assessments of World War II and the post-war period. The 75th anniversary of the end of World War II is marked on May 8.

Mission Siberia , an expedition organized annually to tend to graves of Lithuanian deportees and...

Lithuania plans to commemorate the Baltic Way , which took place more than 30 years ago, by naming...

Lithuania protests attempt by Russia to rehabilitate the Molotov-Ribbentrop pact

On June 18 a representative of the Embassy of the Russian Federation was summoned to the Ministry...

Information published by the Genocide and Resistance Research Center of Lithuania must be...

On Friday President Kersti Kaljulaid will travel to Vilnius on a one-day working visit in order to...