President to initiate search for remains of legendary partisan Luksa

BNS
aA
Lithuanian President Gitanas Nauseda intends to initiate a search for the remains of Juozas Luksa-Daumantas, one of the leaders of Lithuania's post-war anti-Soviet partisan resistance. 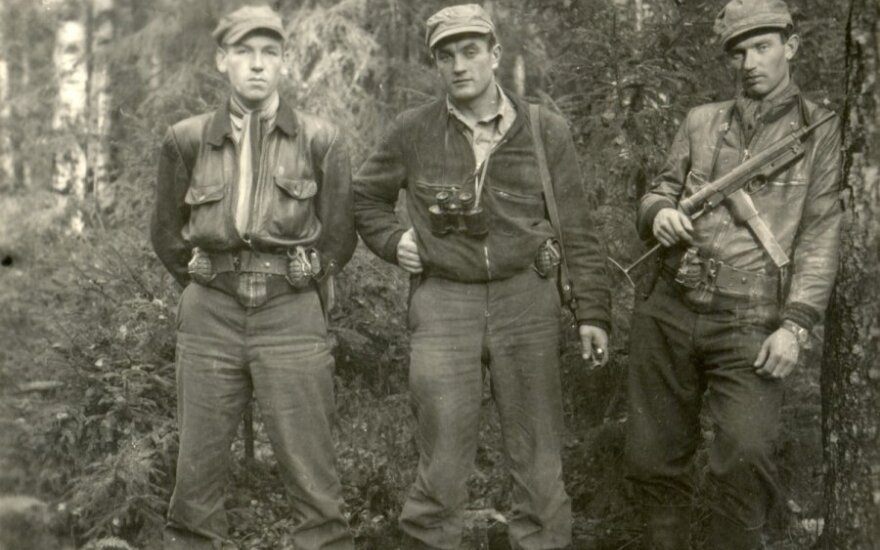 The president said this to BNS after meeting with Nijole Brazenaite-Luksiene-Paronetto, the legendary partisan's widow who lives in New York.

"After looking at the various peripeteia related not only to the circumstances of her husband's death, but also to the search for his remains, there is the motivation to search for the remains and find them," he said by phone from New York.

"Since there is no certainty, it is necessary to first examine the area where the remains could have been buried, but to do so competently with the help of historians. I'll certainly make the effort to start this mechanism when I am back home," he told BNS.

Nauseda described the legendary partisan as an example of dedication to the homeland and a true patriot of Lithuania.

After World War Two, Luksa became one of Lithuanian partisans' leaders and took active effort to mobilize freedom fighters and help them unite in their fight against the Soviet rule.

Luksa managed to break through the Iron Curtain into the West several times to rally support for his homeland's cause.

Luksa married Brazenaite in Paris in 1950, when he received intelligence training in France. A couple of months later, he returned to the occupied Lithuania to continue his freedom fight.

The partisan was killed in an ambush in Garliava near Kaunas in September 1951. Brazenaite left for the United States later in the 1950s.

The guerrilla war in Lithuania started after Soviet troops in the summer of 1944 pushed Nazi forces out of the country and occupied it for the second time. A period of Soviet repression, terror and forced mobilization to the Soviet Army began immediately after the reoccupation.

The armed resistance lasted until 1953.

After Lithuania regained independence in 1990, efforts were started to immortalize the memory of partisans. The remains of Adolfas Ramanauskas-Vanagas, one of the anti-Soviet resistance leaders, were identified and reburied in a state funeral last year.

Russia is attempting to further destabilize neighboring countries and has been continuing its...

Nauseda in New York: Lithuania must be ready for technological, social transformation

In seeking to harness the advantages of the era of technological transformation , Lithuania must be...

In his speech at the UN Climate Action Summit in New York, President Gitanas Nauseda unveiled...

The remains of Antanas Kraujelis-Siaubunas , Lithuania's last partisan who died with a gun in his...

The remains of Antanas Kraujelis-Siaubunas , Lithuania's last partisan who died with a gun in his...