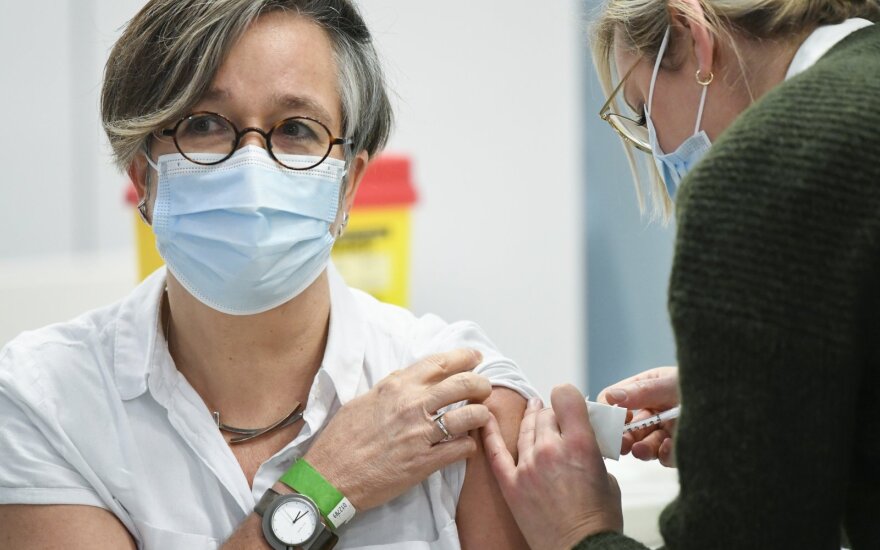 Recent scandals have highlighted the need for clear prioritization rules and the digitization of the process to prevent the use of "procedural loopholes or certain interpretations", according to the president.

"A mass vaccination campaign has not yet begun, but we already have these kinds of violations in the first few weeks," Nauseda said in an interview with LRT Radio aired on Thursday morning. "What will happen when the mass vaccination process begins? Will we have clear enough criteria? Will we have a system when we move from a higher level of priority to a lower level?"

"I see that the health minister is reacting and has made certain decisions that should prevent or at least reduce the possibility of such violations in the future, which is a step in the right direction," he added.

Nauseda said he would discuss "the application of existing legislation to this type of violations" with Nida Grunskiene, the new prosecutor general.

The health minister earlier this week signed several decrees detailing the procedure of the vaccination campaign.

Commenting on the situation at the National Public Health Center whose director has refused to step down despite a call to do so by Dulkys, Nauseda said the authority has organizational problems and needs structural problems, adding that the friction between its top officials and the Health Ministry hinders change.

Dulkys: none of EU countries happy with coronavirus vaccine supply

None of EU member states is currently satisfied with the supply of COVID-19 vaccine, Lithuanian Health...

Over 2,000 medical workers get coronavirus jab on 1st vaccination day

Some 2,270 medical workers were immunized against the coronavirus on Sunday, the first vaccination...