BNS
aA
President Gitanas Nauseda believes that the idea of setting a state-owned commercial bank in Lithuania should be given consideration, but any decisions on this issue could only be made after next fall's parliamentary election. 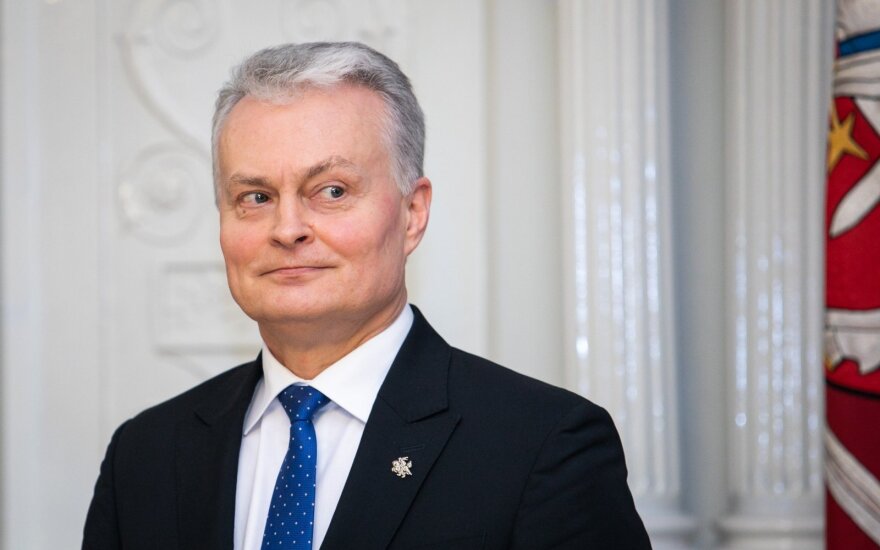 "With not much time left until the election, it would be difficult to get this process to a point where it becomes irreversible. However, depending on what ruling coalition we have and what its position on the idea of a state commercial bank is, we will return to these issues as soon as it takes office and will look at all these alternatives and decide on whether or not Lithuania needs it," he said in an interview aired by LNK TV on Wednesday evening.

According to the president, the idea of setting up a state-owned bank that would beef up competition in the market but would be a very costly project should be widely discussed, and other alternatives should be analyzed, too.

"There are many alternatives, such as acquiring existing banks or controlling stakes in existing banks, or setting up a new bank, which would obviously be expensive. Yes, a new bank that would be owned by the state or in which the state would play a bigger role. It could also be a mixed-capital bank with the participation of the state (and), for example, Polish capital," he said.

After completing its investigation into the circumstances surrounding the 2009 financial crisis, the Seimas Committee on Budget and Finance last year suggested that the government look into possibilities to create a state commercial bank.

Vitas Vasiliauskas, the Lithuanian central bank governor, said last November that such a bank would need around 1 billion euros to be able to compete with major market players.

Critics say that the establishment of a state bank would be too expensive and that politicians would be able to interfere with its activities.

A Vilmorus opinion poll commissioned by BNS found last December that 47.9 percent of the population favored the idea of setting up a state commercial bank. Another 20.9 percent of respondents were against and 31.3 percent had no opinion.

Nauseda: relations with Japan improving, but some potential still untapped (1)

Lithuanian President Gitanas Nauseda says he is "sad" to see the United Kingdom leaving the...

Lithuanian President Gitanas Nauseda has proposed including nine legislative initiatives into the...