...
BNS
aA
Russia remains a long-term threat to NATO and the security challenges and threats it poses require increased focus by the Alliance's allies and partners on credible deterrence and defense, Lithuanian President Gitanas Nauseda said on Monday. 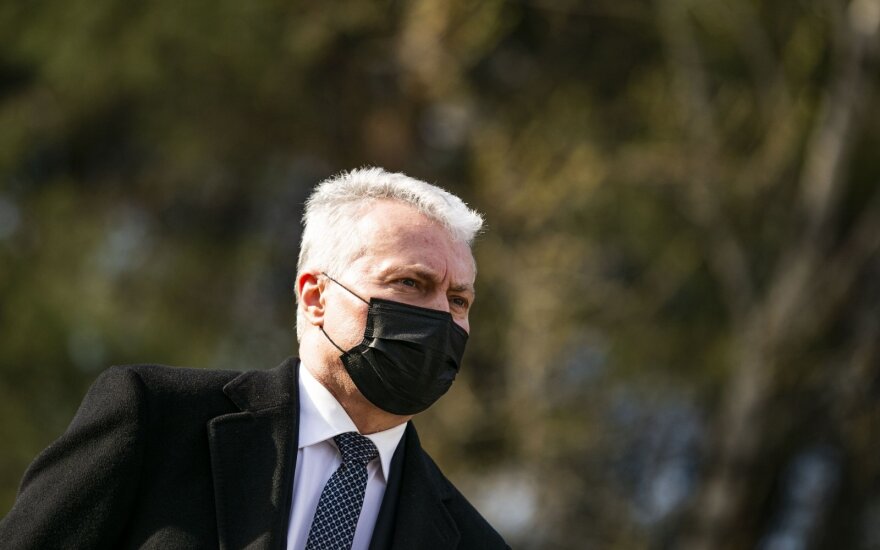 Nauseda was speaking at Monday's virtual summit of the Bucharest Nine that was joined by US President Joe Biden and NATO Secretary General Jens Stoltenberg.

The Lithuanian president "pointed out that Russia's unprecedented military build-up on the Ukrainian border only confirmed that it did not intend to abandon aggressive behavior and continued to threaten their sovereignty and territorial integrity in order to intimidate neighboring countries", his office said in a press release.

"Russia remains the key long-term threat to NATO," he said, adding that "that the Alliance would only overcome challenges through unity, solidarity and resolve".

Related articles
Simonyte: relations won’t change until existing regime is in Kremlin
Lithuania has no info on inclusion into Russia's unfriendly country" list yet

Nauseda "underscored the indispensable significance of the transatlantic bond", according to the press release.

"Europe cannot stay united and secure without US involvement: the presence of American troops in the Baltic and the Black Sea regions is the strongest deterrent."

The president said that "Russia’s growing military threats could only be offset by sufficient NATO defense and deterrence capabilities on the eastern flank. It means that NATO countries must continue to invest consistently in defense".

He told the NATO partners that Lithuania is committed to increasing its defense budget to 2.5 percent of GDP by 2030 and ramping up spending on its military equipment, infrastructure and host nation support.

Nauseda expects NATO's summit in Brussels in June to make "principled decisions" that are "necessary for the Alliance to adapt to the ongoing changes in the complex security environment and to ensure indivisible collective defense".

"The NATO 2030 process will allow us to build an effective deterrence and defense architecture with the necessary resources. We need to remain vigilant, to keep focus on the threats posed by Russia, to build a stronger transatlantic link, to increase defense budgets and common funding, and to reinvigorate NATO's Open Door policy," he said.

Nauseda also called on the Bucharest Nine countries "to actively support the Enhanced Opportunities Partners – Ukraine and Georgia – and to help them realize their Euro-Atlantic aspirations through membership in NATO".

"He stressed that Ukraine – which was still suffering from Russian aggression – was in special need of NATO’s support and assistance".

The Lithuanian president asked the summit's participants to support Lithuania's bid to host the 2023 NATO summit in Vilnius.

Lithuania has not yet received official information on its inclusion into the list of "unfriendly...