President: parliament election must be safe, transparent and fair

BNS
aA
As Lithuania battles the spread of the coronavirus, the upcoming Seimas election in October must be safe, transparent and fair, President Gitanas Nauseda says. 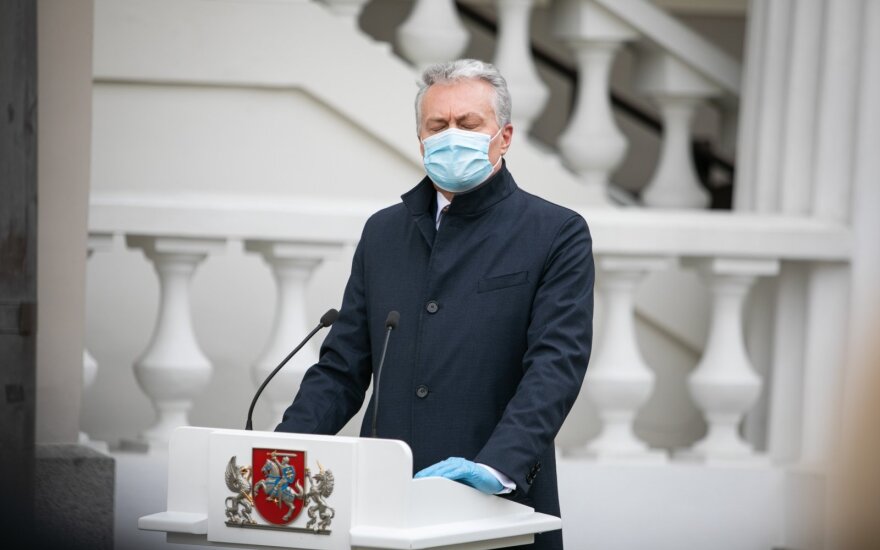 "The general election will be unusual this year, marked with the sign of the coronavirus pandemic, which sets additional requirements for the political campaign and the vote itself," the president was quoted as saying in a statement released after a meeting on the election organization.

"We must ensure that the Seimas election takes place safely, transparently and safely, and that we are ready for various scenarios, including a possible second wave of infections in the fall," the president said.

In his words, it is very important to avoid uncertainty and confusion during the election campaign, and to inform the public in detail on the ongoing preparations for the election, and also to ensure equal competitive possibilities for all participants of the political campaign.

Moreover, the president said, it is necessary to ensure the possibility to vote for as many voters as possible.

"We must also do everything possible for as many voters as possible be able to express their will in the election, including people attributed to risk groups, and no group should be left out. The public tryst in the election result will also depend on that," Nauseda said.

Earlier on Thursday, the president discussed the preparations for the forthcoming general election with Laura Matjosaityte, chair of the country's Central Electoral Commission, as well as the heads of the Transparency International Lithuanian Chapter and "The White Gloves", a politically-independent watchdog, as well as political scientists.

Lithuania's Central Electoral Commission is considering extending voting during the upcoming general election in October and also supply election commissions with personal protection equipment, if the coronavirus remains a threat until then, Matjosaityte told BNS earlier in the day.

Lithuania will hold a general election on October 11.

President calls for e-voting for expats