President: Lithuania is lucky to have 'worthy' candidates in runoff

(1)
BNS
aA
Lithuania is fortunate to have two "worthy" candidates competing with each other to be elected president in Sunday's runoff, outgoing President Dalia Grybauskaite said on Tuesday. 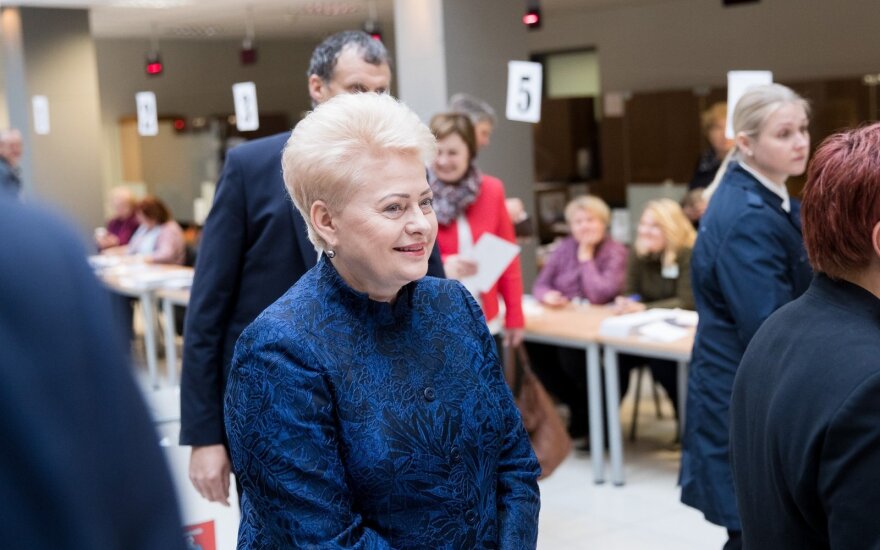 "All of us in Lithuania are fortunate that the second round will be a contest between the candidates who deserve to be in the second round," she told reporters after casting her early vote at the Vilnius municipality building in Vilnius.

"The new president will have to take over all these things as a huge responsibility, she said.

The May 26 runoff will see Ingrida Simonyte, a former finance minister nominated by the conservative Homeland Union–Lithuanian Christian Democrats, competing with Gitanas Nauseda, an economist standing as an independent.

One of them will in July replace Grybauskaite, who is ineligible for re-election after serving two five-year terms.

The outgoing president would not reveal which of the candidates she voted for.

"I do hope that our people will do their best to elect those who work, not just sit and enjoy a good salary," she told reporters.

Candidates fielded by 16 political parties and five public election committees are vying for Lithuania's 11 seats in the European Parliament.

Grybauskaite described her two terms as Lithuanian president as an enormous, but interesting challenge.

"I'm really happy that Lithuanian people entrusted me with this challenge for all ten years," she said.

"I had to learn every day; the situation was different every day," Grybauskaite said, adding that two presidential terms are sufficient in a democratic state.

Early voting in the presidential runoff and the European Parliament election started in Lithuania...