DELFI EN
aA
On July 16, President Gitanas Nausėda and First Lady Diana Nausėdienė will travel to Poland for their first official visit. In Warsaw, the President will meet with the highest-ranking Polish officials: President Andrzej Duda, Marshal of the Sejm Marek Kuchcinski, Marshal of the Senate Stanislaw Karczewski, Prime-Minister Mateusz Morawiecki and former Prime-Minister Jaroslaw Kaczynski. During the visit, the President will also meet with the abundant Lithuanian Community in Warsaw, informs the President's press office. 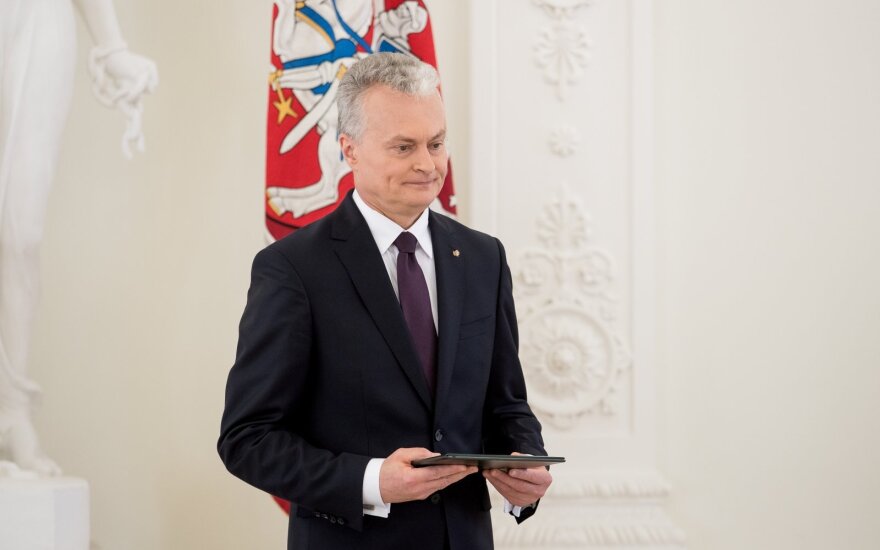 The two Presidents will discuss bilateral cooperation between Lithuania and Poland, paying particular attention to the security situation in the region, preparations for NATO Summit in December, energy independence and transport infrastructure issues. International relations and topics of the future of the Eastern Partnership and the EU agenda will also be touched upon in Warsaw.

According to the President, Lithuania and Poland remain not only the closest neighbors but also close allies that share a clear understanding of the current objectives and aim at building the future of our continent together as well as strengthening security and freedom of entire Europe.

Poland significantly contributes to the security of the Baltic States: Polish troops take part in military exercises in Lithuania, collaborate in joint NATO projects and took eight rotations in the air policing missions. Economic ties are also intensifying, Poland is Lithuania’s second trading partner. Polish investments in Lithuania are rated sixth and Lithuania stands fourth in terms of its investments in Poland.

The visit program also includes a meeting of First Lady Diana Nausėdienė and Polish First Lady Agata Kornhauser-Duda with the athletes of the Special Olympics. The Polish First Lady is a patron of a project designed to support training and competitions for people with intellectual disabilities.