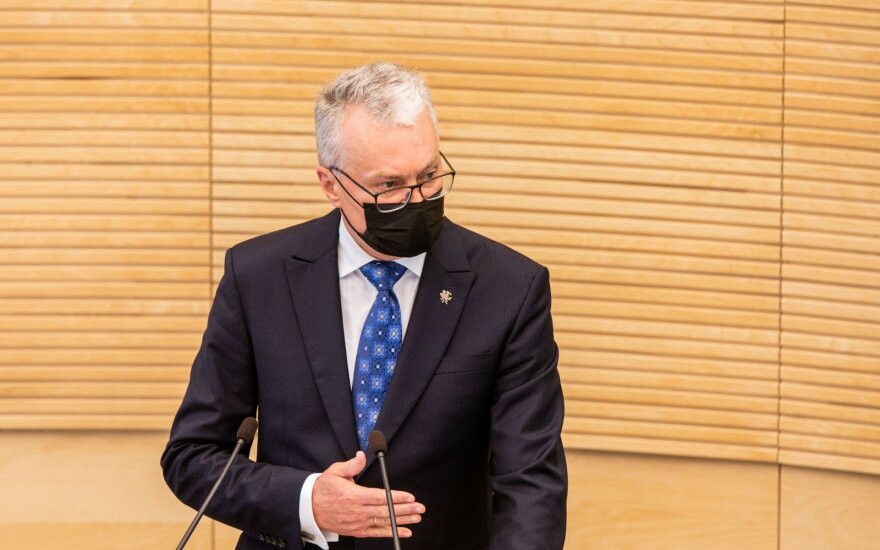 Nauseda was speaking to reporters in Brussels after EU leaders had rejected a proposal from Germany and France to relaunch meetings with Putin.

"First of all, this would send a very bad message to our societies," the president said.

"This would also send a wrong signal [...] to the Eastern Partnership countries because all of us probably remember very well what happened in 2014, and no progress has been made since then," he said, referring to the year when Russia annexed Crimea and began to support separatists in eastern Ukraine.

"On the contrary, people continue to die, territories continue to be occupied [and] borderization is taking place in Georgia."

The idea of a EU-Russia summit was rejected after opposition from Central and Eastern European countries, including Lithuania.

"I'm satisfied with the results of the meeting," Nauseda told reporters.

"I believe that we have nevertheless formulated very clear principles, a clear message that in the current conditions, unilateral concessions on the part of the EU aren't possible and this is a strong principle and value that we defend," he added.

The Lithuanian president described the European Council's discussion on Russia as "rather tough."