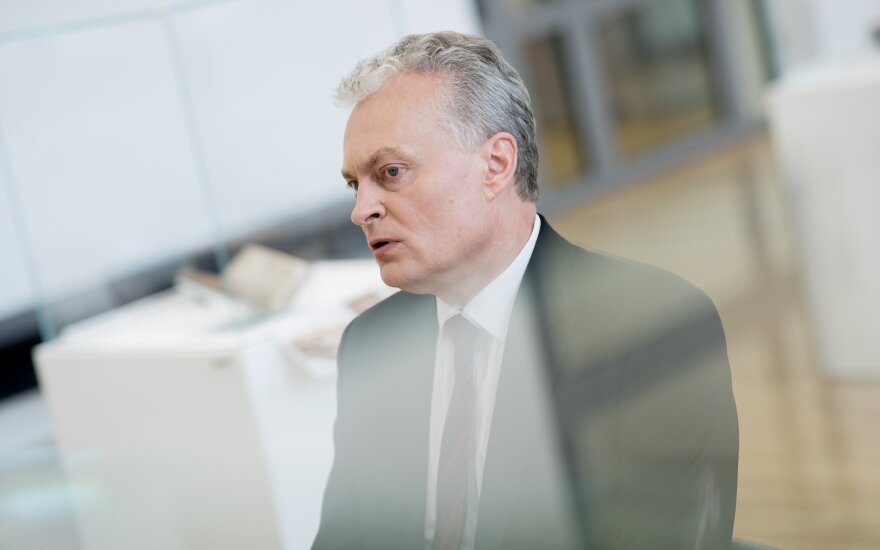 In his words, the details of the high-profile political corruption case involving the MG Baltic business group, and also those of the related parliamentary investigation, "show big problems". And these issues will receive attention, Nauseda said.

"Certain things or certain steps will be made in this area but, I think, we cannot stop here as oligarchs are not only dangerous because they take over certain media control and in certain way they start controlling the public mind but they also try to interfere with politics and often do that in a brutal and in a really unacceptable way in a democratic society," Nauseda told journalists in Vilnius today.

"This is why we had the bribery story, the political corruption case whose exposure and the publication of all circumstances show really big problems in this area, and I think we will really get back to these issues and these stories will not be forgotten," he added.

Related articles
New president elected: who was favorite among Lithuanians abroad
Lithuanians made their choice: Nauseda to lead country for next five years  (4)

Lithuania's outgoing President Dalia Grybauskaite said earlier MG Baltic's activity is an example of oligarchic activity. Asked if he agrees with such a statement, Nauseda said: "First of all, I think the very case of Mr. Masiulis (Eligijus Masiulis – BNS Lithuania) clearly shows there are acting persons."

"So if this company's representatives were acting persons, so it probably would be wrong to deny the fact in a clear day," the elected president said.

Raimondas Kurlianskis, a former vice president of the MG Baltic business group, is charged with bribing lawmakers in exchange for favorable decisions. Charges have also been brought against the business group as a legal entity.

Former lawmakers Eligijus Masiulis, ex-leader of the Liberal Movement, as well former members of the Labor Party Vytautas Gapsys and existing member Gintaras Steponavicius are also defendants in the case.

None of the defendants pleaded guilty and they call the investigation tendentious.

The conclusions of a parliamentary investigation carried out last year states that MG Baltic acted illegally and poses threat to the country's order and national security.

The business group says the investigation materials are not inaccurate and has taken the state to court.

Lithuanians made their choice: Nauseda to lead country for next five years (4) 710