President: COVID-19 numbers are growing everywhere but Lithuania is better-prepared

(2)
BNS
aA
The number of coronavirus cases is growing in all countries, and Lithuania is this time better prepared than during the first wave, President Gitanas Nauseda says. 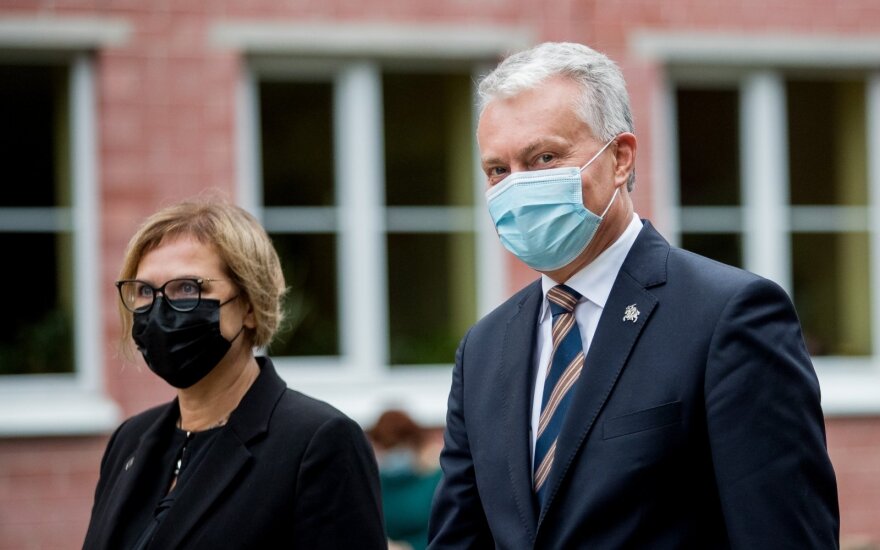 "The statistics show that the numbers are deteriorating but that is a phenomenon that is seen in all countries. I believe that at this stage we are much better-prepared than during the first wave," the president told journalists on Sunday, commenting on the growing number of new coronavirus infections.

Nauseda also underlined that halting the economy right now would be unjustifiable, therefore, local measures should be employed to swiftly identify hotspots.

"Institutions and medics know what to do, how to do it, and we are much better-supplied with PPE and tests. First of all, what we should do is to very clearly identify hotspots with outbreaks and act in a selective and targeted manner in those specific areas causing major problems," the head of state said.

"We cannot allow a complete shutdown, closure of the education process and a halt to the economy, as that would be unjustifiable, and could hardly be very effective," Nauseda said.

A record number of new infections, 99, was recorded in Lithuania last Saturday, compared to the previous daily record of 90 during the peak of the epidemic in April. A total of 179 new cases have been confirmed over the past weekend.

Prime Minister Saulius Skvernelis announced a meeting of the COVID-19 management committee would be held to decide on measures to contain the spread of the virus, adding that the meeting would take "new targeted solutions that would allow slowing the pace of the virus spread without halting life inside the country".

On Thursday 61 new COVID-19 cases were detected in Lithuania . It adds to 3565 confirmed coronavirus...

On Sunday 70 new COVID-19 cases were detected in Lithuania . It adds to 3814 confirmed coronavirus...

The Lithuanian government is planning to reintroduce mandatory coronavirus testing for patients on...

PM: some mass gatherings to be banned as of October

In response to a recent spike in coronavirus infections, the Lithuanian government is planning to...