BNS
aA
Lithuanian President Gitanas Nauseda arrived in London on Monday evening for a NATO summit that may be overshadowed by Turkey's rows with Western allies. 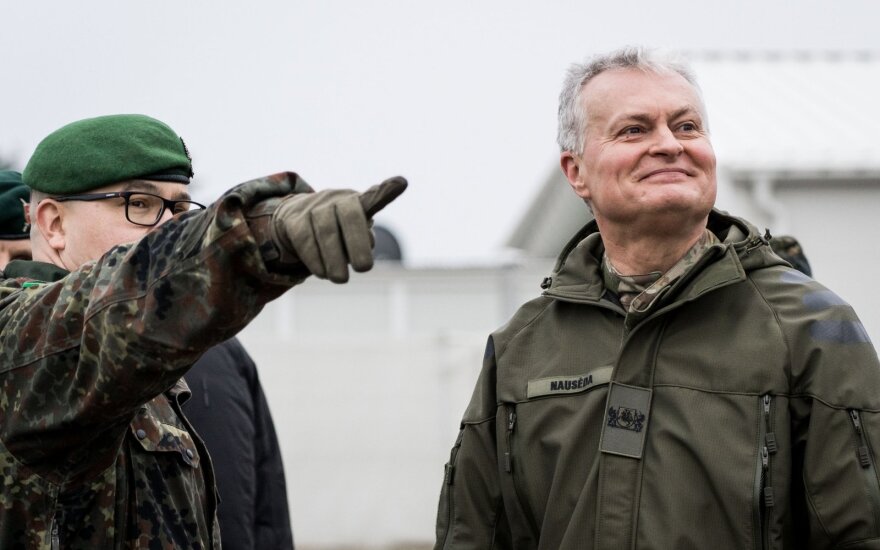 Rows between Turkey and Western countries and French President Emmanuel Macron's calls on Europe to improve relations with Russia may come under the spotlight as leaders will sit down at the negotiating table on Wednesday.

US President Donald Trump, for his part, is expected to focus on allies' insufficient defense spending, and the growing threat from China.

Toward the end of the summit, the US president will on Wednesday afternoon host a separate lunch for the leaders of eight countries, including Lithuania, that spend at least 2 percent of their GDP on defense.

According to diplomats, Poland and the Baltic countries may raise the issue of updated defense plans for the region during the summit. Ankara blocks these plans until a solution is found as to how to approve a similar plan for Turkey.

The most contentious issue is Turkey's demand that Syrian Kurdish organizations be named as terrorist organizations.

Before the summit, Nauseda will meet with potential investors in the City of London, and with the local Lithuanian diaspora.

According to the president's office, Nauseda will invite British finance and financial technology companies, such as Credit Suisse, HSBC, Innovate Finance, JP Morgan, KPMG, Revolut, Moody's, UK Finance and others, "to start and develop their business in Lithuania".

The BNS journalist's trip to London was paid for by the UK embassy. This has no impact on the contents of the news report.

Lithuanian President Gitanas Nauseda is going to London on Monday to attend a NATO summit .

President urges people to come together on climate change

Lithuanian President Gitanas Nauseda called on Friday on the general public, the government and...