President and PM tested for coronavirus 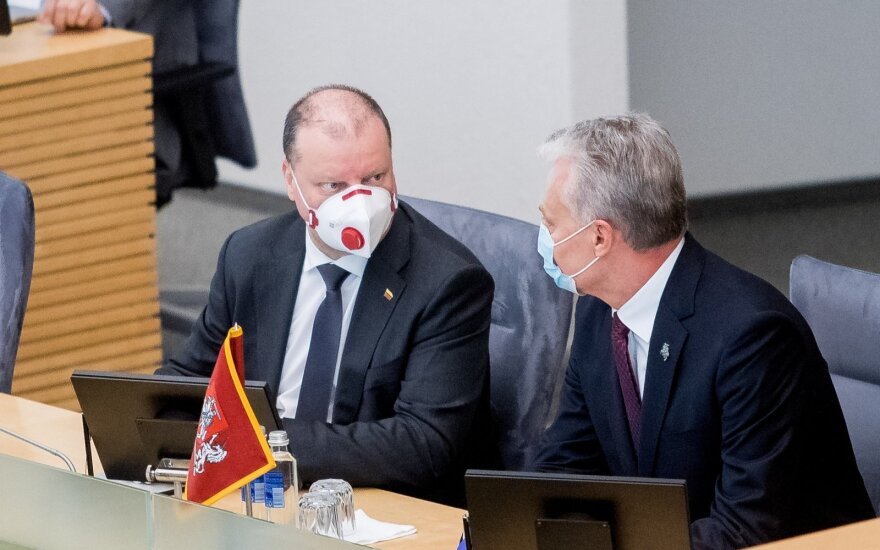 They underwent tests after the mayor of Raseiniai District and its administration director, who were also present at an event in Kryzkalnis last Sunday, said on Friday that they had tested positive for coronavirus.

Nauseda and his wife, Diana Nausediene, as well as several staff members of the president's office were tested for the virus and the results came back negative, Antanas Bubnelis, the president's spokesman, told BNS.

Since the first couple wore facemasks and followed other recommendations during the event in Kryzkalnis, they were told by public health officials that they do not need to take any additional safety measures, according to the spokesman.

Skvernelis also got tested for COVID-19 on Friday and the result was negative, his spokesman, Tomas Berzinskas, confirmed to BNS.

Sunday's ceremony of unveiling a monument to partisans in Kryzkalnis was also attended by parliamentarians, ministers, municipal officials and other people.

On Thursday 114 new COVID-19 cases were detected in Lithuania . 1778 cases are still active.

On Wednesday, 138 new coronavirus cases were recorded in Lithuania . 1709 cases are still active.

On Monday, 88 new COVID-19 cases were confirmed in Lithuania . 21 cases are not linked to any other...