BNS
aA
Pope Francis will send an important message to the world from Vilnius when he will pay respect to victims of Soviet terror, Kaunas Archbishop Sigitas Tamkevičius says. 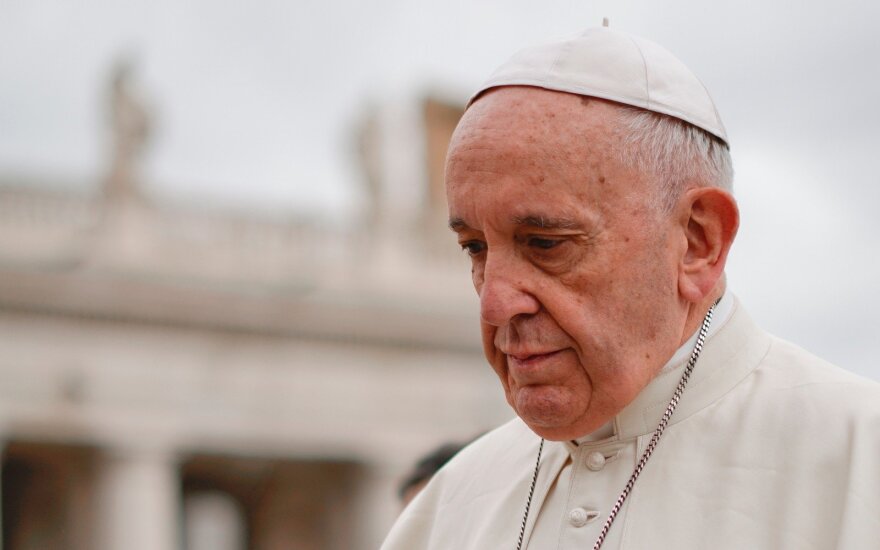 He was imprisoned in the KGB prison in Vilnius in 1983 for the publication of an underground chronicle of the Catholic Church. The former prison now houses the Museum of Occupations and Freedom Fights which the pope is scheduled to visit on Sunday.

"For me personally, it's a very lovely gesture. If somebody told me years ago when I was sitting in those underground cells that the pope would come here in several decades and I will be with the pope, … that would have been fun," Tamkevičius said in an interview with BNS Lithuania.

"The pope's visit to the museum is very significant. It sends a subtle message that he holds dear the people who carried the cross. Thousands of our best Lithuanians went through the KGB prison, including members of the clergy as well as the laity, and many were shot dead, interrogated and many taken to forced labor camps. The papal visit to this place and that show of respect for the freedom sacrifice is very very dear," the archbishop said.

Related articles
Caritas appeals to Lithuanians to help flood-hit India
Over 90,000 invitations to meeting with pope in Kaunas issued

According to Tamkevičius, the Vatican and especially John Paul II's position during the Soviet times constituted very strong support for challenging the occupation regime.

"We felt we had the pope behind our backs, who understands us and we are not forgotten. At the time, the Church was subjected to pressure, discrimination, especially at school, members of the intelligentsia and priests as well were recruited. The mood changed considerably, and priests became braver," he said.

Tamkevičius was kept in the KGB prison in Vilnius for over six months since May, 1983 and interrogated over 70 times, with questioning sometimes taking more than six hours. He was later sentenced by a Soviet court to ten years in prison and spent time in forced labor camps in Perm and Mordovia. He was sent to Siberia in 1988 but was released six months later after the perestroika started.

Tamkevičius is archbishop of Kaunas since 1996.

Caritas of Vilnius Archdiocese has launched a campaign to collect donations for flood-ravaged India.

Over 90,000 invitations to meeting with pope in Kaunas issued

Authorities have issued over 90,000 invitations to attend a meeting with Pope Francis in a park in...

Pope Francis ' visit to Lithuania in late September will place the country in the world's spotlight,...

The maximum amount of the state's additional spending on organizing Pope Francis ' visit to Lithuania...

A cross marking the site where a church named after Pope John Paul II will be built in the...

The official program of Pope Francis ' upcoming visit to Lithuania has been announced on Thursday.