...
BNS
aA
Pope Francis, currently visiting Latvia, on Monday called on all Christian denominations to seek dialogue and understanding as, he said, the unity of all Christians would be needed in the future to preserve faith. 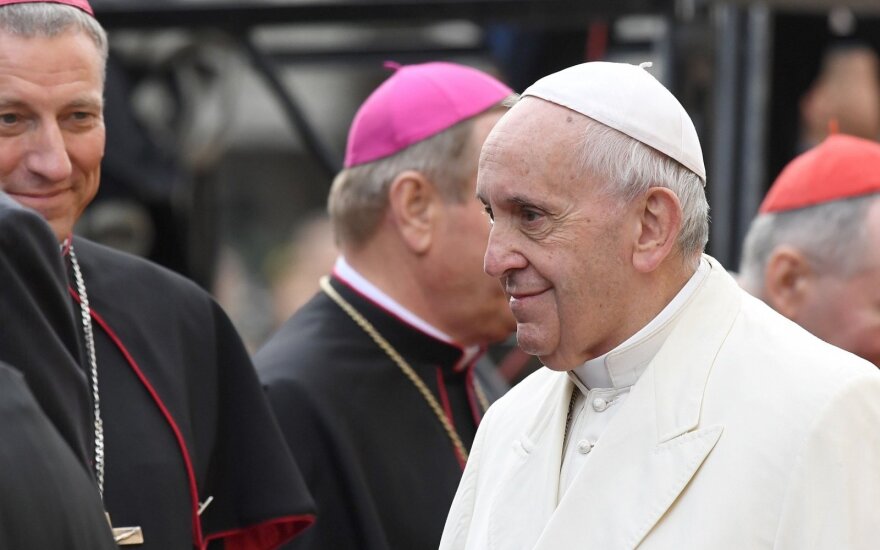 The pope said an ecumenical prayer dedicated to all Christians at Riga Cathedral, a Lutheran church.

Addressing around 1,200 people, the pontiff said this shrine welcomed him for "so that the Holy Spirit can continue to weave bonds of communion between us and so make us weavers of unity in our cities, lest our differences turn into divisions".

May the Holy Spirit arm us with the weapons of dialogue, understanding and desire for mutual recognition and fraternity," the head of the Catholic Church said.

In his words, Latvia is a "land marked by a journey of recognition, cooperation and friendship between the different Christian churches, which have succeeded in building unity while preserving the unique and rich identity of each".

Related articles
Pope Francis' message to Latvians: freedom is a task for everyone
Pope Francis arrives in Latvia

Vatican figures show that 25 percent of the Latvian population are Lutheran, 21 percent are Catholic and 11 percent are Orthodox.

Archbishop Janis Vanags, head of the Lutheran Church in Latvia, thanked the pope for visiting Latvia and said his visit would give a new impetus to the ecumenical friendship and encourage Christians in Latvia to get closer to Christ and each other.

The Holy Father also called on Latvians not to lose faith in a changing world and not to become "tourists" Christianity but become its "residents".

Later on, the pope will travel to Aglona Basilica to celebrate the Holy Mass at one of the most important churches for Latvian Catholics.

Pope Francis on Monday arrived in Latvia where he is set to meet with government representatives and...

Pope Francis on Sunday called on the faithful in Lithuania to care for socially vulnerable groups...