...
DELFI EN
aA
On Thursday Lithuanian Foreign Ministry released an official statement of Baltic countries and the US that condemns Russia's attempts to rewrite history. 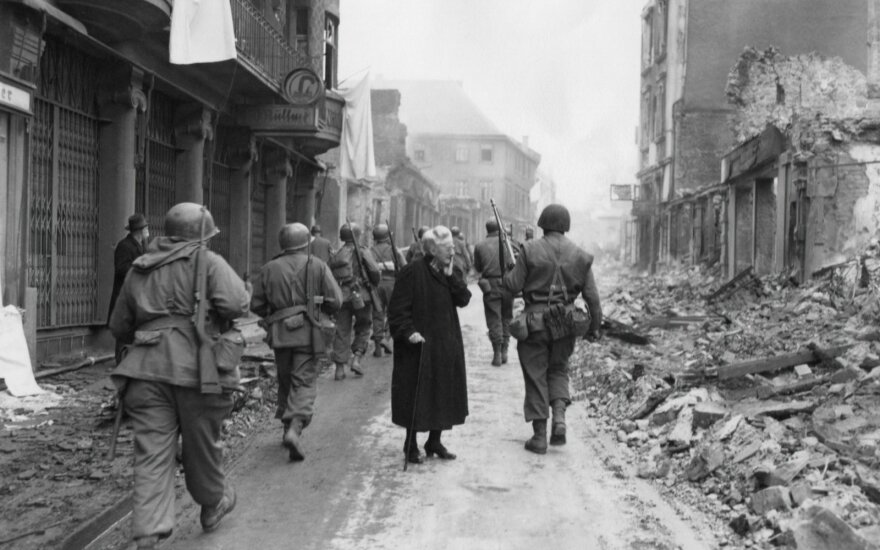 "Today we celebrate the 80th Anniversary of the Welles Declaration, which laid the foundation for the United States of America’s non-recognition policy, by which it never formally accepted the occupation and annexation of Estonia, Latvia, and Lithuania by the Soviet Union.

The Welles Declaration established an international framework for the survival of the three Baltic states de jure throughout the entire period of Soviet occupation and for the eventual restoration of statehood of Estonia, Latvia, and Lithuania. The people of Estonia, Latvia, and Lithuania value and cherish the Declaration for the hope that it gave during the difficult times of totalitarian rule", - the joined statement says.

Also, it adds that mentioned countries stand firmly against any attempts by Russia to rewrite history in order to justify the 1940 occupation and annexation of the Baltic states by the Soviet Union. The Welles Declaration shows that already in 1940 the free world recognized the Soviet action for what it was – an illegal act of forceful annexation.

"Regrettably, even the end of WWII a few years later did not bring liberation to the Baltic states and other nations in Eastern and Central Europe; instead, it brought repression and persecution.

The legacy of the Welles Declaration and the United States’ firm support of the Baltic states’ sovereignty and territorial integrity led to a prospering relationship between our nations after the fall of the Soviet Union. Through our membership in the North Atlantic Treaty Organization we have become strong Allies, working together to safeguard peace and stability", it continues.

The commitment of Estonia, Latvia, and Lithuania to the trans-Atlantic Alliance remains unquestionable. The Baltic states value the United States’ contribution to European defense, notably through maintaining regular deployments of forces to the Baltic States – crucial to deter any potential adversary.

The Welles Declaration’s historic importance remains highly relevant in the 21st century, when some countries challenge the key principles and norms of a rules-based international order – notably sovereignty and territorial integrity. The principles of the Welles Declaration were rightly invoked again on July 25, 2018, when the United States confirmed its refusal to accept the attempted annexation of Crimea by the Russian Federation.

"We – Estonia, Latvia, Lithuania, and the United States – stand together in support of a rules-based international order that ensures security and prosperity for every nation", the statement finishes.

A Ukrainian military plane took almost 1 million pieces of ammunition no longer used by the...

Foreign Minister: due to Russia's violations of international law a crisis point in reached 157

On 16-17 May, the Minister of Foreign Affairs of Lithuania Linas Linkevičius attended a session...