BNS
aA
Polish President Andrzej Duda is coming for a two-day visit to Lithuania on Thursday. 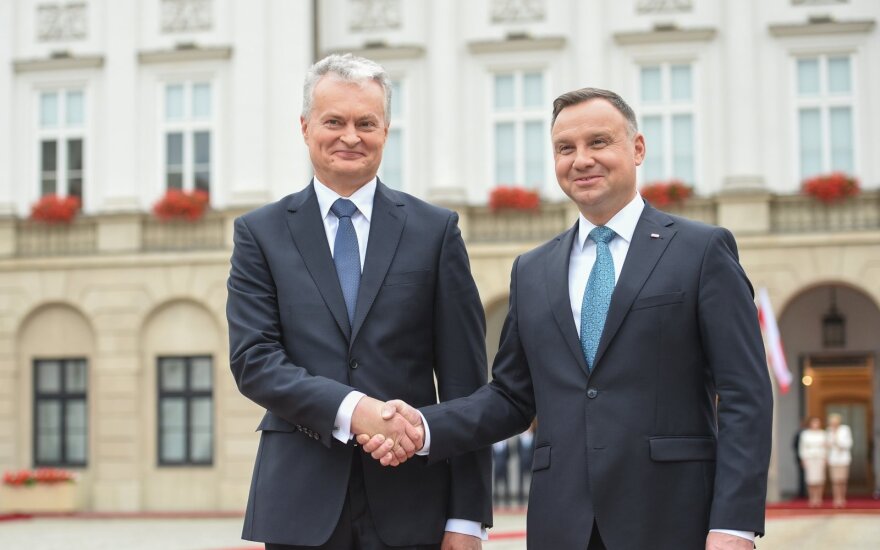 Duda is scheduled to meet with Lithuanian President Gitanas Nauseda and Prime Minister Saulius Skvernelis on Thursday, and attend Friday's ceremony of reburial of the remains of the commanders and participants of the 1863-1864 uprising against Tsarist rule.

Duda and Nauseda will discuss political and economic relations, regional and energy security issues, cooperation in NATO, and the EU and Eastern Partnership agendas, the Lithuanian president's office has said.

On Friday, the two presidents and their spouses will attend the reburial of the remains of 20 insurgents, including those of their commanders – Zygmunt Sierakowski (known in Lithuania as Zigmantas Sierakauskas) and Konstanty Kalinowski (Konstantinas Kalinauskas), in Vilnius.

The ceremony is also expected to be attended by Belarus' Deputy Prime Minister Igor Petrishenko, and government officials from Latvia and Ukraine.

The commanders of the uprising were executed in the Lithuanian capital's Lukiskes Square in 1864. Their remains, along with those of 18 other insurgents, were unearthed during Gediminas Hill reinforcement works in 2017.

Vilnius is hosting a state funeral ceremony for the commanders and participants of the 1863-1864...

Duda in Vilnius: Central European nations' unity is necessary foundation of their freedom

The unity of Central European nations is a necessary foundation of their freedom, Polish President...

Poles in Vilnius back Trzaskowski in Poland's presidential election