Polish President Duda to pay visit to Lithuania next week 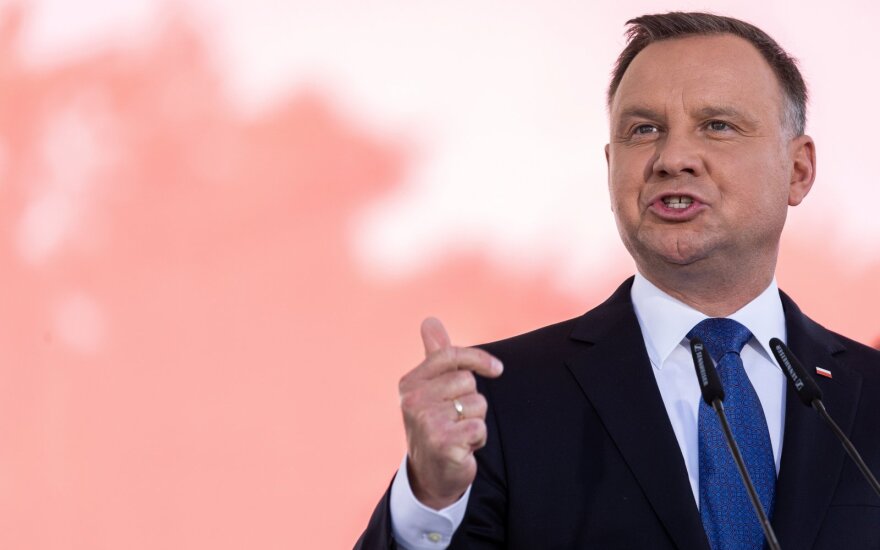 On November 17-18, the Lithuanian president will welcome his Polish counterpart and they will discuss bilateral cooperation in fighting the pandemic, procurement of vaccine, regional security and defense issues as well as implementation of strategic energy and transport projects, transatlantic relations and the situation in the Eastern Partnership countries.

Nauseda says the visit takes place under special circumstances as both countries are battling the coronavirus.

"Our countries have mobilized their efforts to control the spread of the virus and to mitigate its effects on the economy. We need to coordinate our collaboration and take decisions at the EU level to prevent the spread of the pandemic, make the decision on procurement of vaccine and speed up the economic recovery," the Lithuanian president was quoted as saying in the statement.

The Council of the Presidents of Lithuania and Poland should be established during the visit. It will mark "a new phase of enhanced bilateral cooperation as well as cooperation at the level of NATO and the EU".

During the visit, the presidents will have a tête-à-tête meeting followed by the meeting with Lithuanian and Polish representatives.

President Duda will be accompanied by his spouse Agata Kornhauser-Duda who will have a separate agenda.

The visit of the Polish President coincides with a remarkable historic date for Lithuania and Poland – the 500th birth anniversary of the last Jagiellonian King of Poland and Grand Duke of Lithuania Sigismund Augustus.

It was reported in later October, that Duda had contracted the coronavirus. He spent around ten days in isolation that ended on November 4.

Antanas Bubnelis, spokesman for the Lithuanian president, says the Polish leader's visit is being organized and will be held in line with the quarantine requirements established in Lithuania and following the advice of experts of the Ministry of Health and health care professionals.

In his words, the number of representatives of both sides will be reduced to the minimum during the visit and a major part of usual events during such visits will be renounced. There will be no Honorary Guard lineup and an official dinner.

Nauseda calls Lukashenko's threats "a provocation" and warns about response

The possible deployment of more US troops to Poland will serve the security interests of the entire...