BNS
aA
As the coronavirus situation is improving, Poland plans to "within the next weeks" to lift the ban for neighbors and other foreigners to come, the country' Foreign Minister Jacek Czaputowicz says. 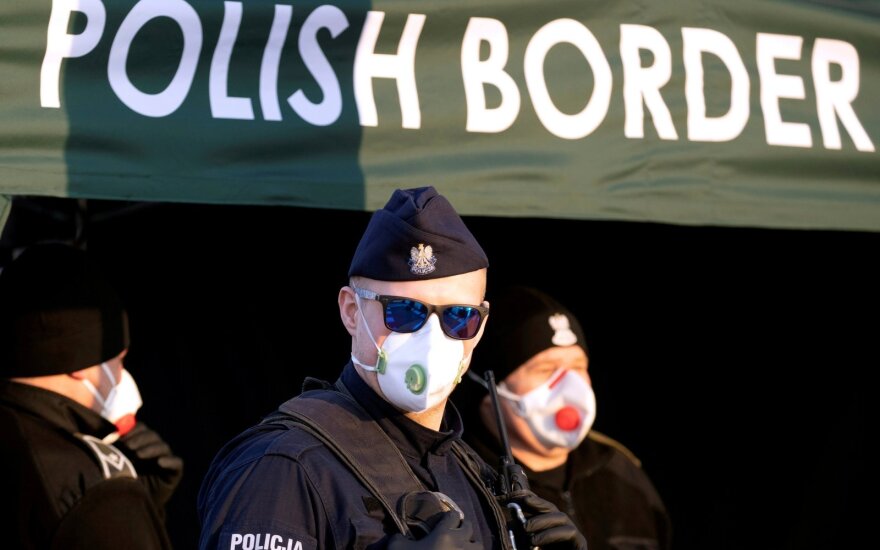 The minister told a joint press conference with his Baltic counterparts that the so-called "Baltic bubble", when the countries agreed to lift travel restrictions for their citizens, is "also an inspiration for Poland".

But, he said, many problems still rise, related to the existing coronavirus hotspots, for example, at coal mines.

"It's a trade of between the threat to the health and the need to develop the economy ant tourism. So, we have to assess that properly. It is up to the minister of health to decide what the phase of lifting restrictions concerning travel is," Czaputowicz said.

He also underlined that although countries "are on a good track" in terms of managing the coronavirus, specific decisions would depend on recommendations from the country's experts.

"As we are on a good track, I hope that within the next weeks the restrictions will be lifted and travel will be possible for holydays, for vacations. There's a discussion also within the EU, maybe this bubble will be the EU bubble – I hope," the minister said.

Latvian Foreign Minister Edgars Rinkevics says that as the Baltic states are easing restrictions for a growing number of countries, the right balance between managing the coronavirus and letting the economies to operate must be found.

"The Latvian government, in about an hour, is going to make a similar decision, as the Estonian and Lithuanian governments have, not requiring 14 days of isolation for those EU and European Economic area citizens where cases are below 15 per 100 000 people," the minister said.

The Baltic states have recently agreed on a list of 27 countries foreigners are allowed to come to Lithuania from. Those coming from 24 countries out of the list will not be required to self-isolated for two weeks.

Lithuanian Foreign Minister Linas Linkevicius told BNS he did not hear a specific date from the Polish counterpart when the border would be opened for the Baltic states but he expressed interest in the countries' experience of coordinating actions. The minister says countries should gradually move to the coordination of actions across the EU.

"This process takes a bit more time but I would estimate that Poland is also opening up and it would be one more logical participant of our "Baltic bubble". We can also say the same about Finland. We are trying to expand that experience, and we would imagine that the whole of the EU, the Schengen Area should be like this. Then we would coordinate the opening of our borders to third countries," Linkevicius said.

In his words, security matters related to joint military exercises, the development of defense plans, the United States' involvement in the security situation in Poland, and the coordination of actions in the 5G context were discussed in detail during the meeting.

Linkevicius says the countries "have very similar opinions" on the draft EU budget.

Poland extended internal EU border controls on its borders with Lithuania, Germany, the Czech Republic and Slovakia until June 12. Lithuanian citizens can currently travel to Poland for work, business or education reasons and can also cross the country in transit. Lithuania and the other Baltic states doe no require those coming from Poland to self-isolate.

Lithuanian nationals can leave their country without any restrictions starting Monday as part of a...

Bus with Lithuanians not allowed to cross from Germany into Poland

Lithuanian and Polish officials are on Sunday discussing how to deal with the situation after a bus...

Poland has on Tuesday introduced sanitary control on its border with Lithuania over the...

Free movement between Poland and Baltics to be restored next week

Free movement between Poland and the Baltic states will be resumed next week, Lithuanian Prime...

Lithuania plans to open its border with Poland on Friday

Lithuania is planning to reopen its border with Poland on Friday, Prime Minister Saulius...

Lithuania and Poland reopen border to each other

Lithuania and Poland on Friday reopened their shared border that had been closed since mid-March...