People returning to Lithuania from China advised to avoid contact

BNS
aA
People who have returned from China where the new COVID-19 coronavirus is spreading are advised to avoid contact with people for two weeks. 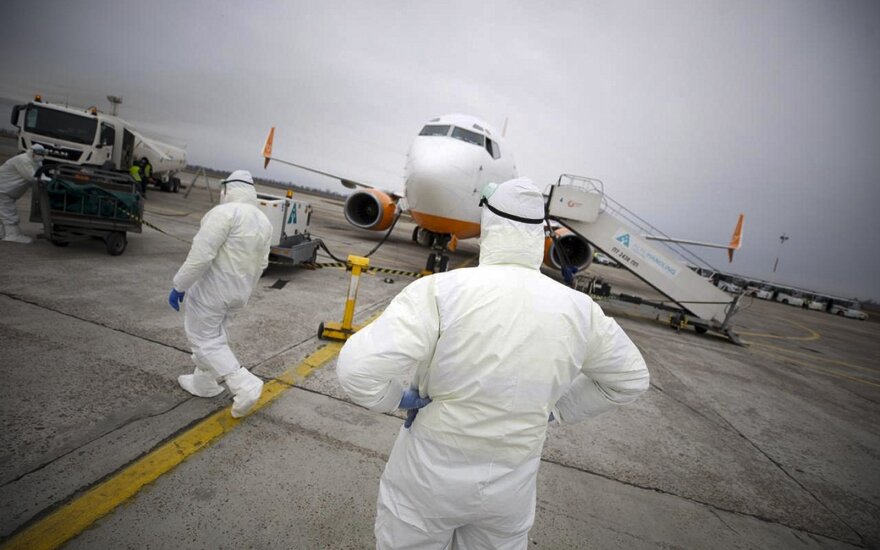 "We recommend for people who were in China to avoid social contact after the last day of their visit. We advise employers to create conditions for such people to work remotely. If such conditions cannot be ensured, all people can contact the National Public Health Center and we will ensure sick leave for them for 14 days," Rolanda Lingiene, director of the NPHC's Vilnius department, told a press conference on Friday.

"If a person lives with someone else, then under the Law on the Prevention and Control of

Communicable Diseases in Humans, such a person is eligible for temporary housing, which should be organized by all municipal administrations," she said.

Avoiding social contact is one of the most effective ways to prevent the spread of infectious diseases, Lingiene said.

"The 2009 flu epidemic showed that. People who followed specialists' recommendations, stayed alone, avoided contact with others, they had no possibility to transfer the infection," Lingiene said.

In her words, one person has already made use of the possibility to go on sick leave after a visit to China.

All in all, public health specialists have consulted 176 people who returned from China, Lingiene said, adding that people call every day. 80 people are not being monitored.

"A person who travelled to China went to Alytus after coming back to Lithuania. He felt unwell and called the emergency response center. Luckily, the diagnosis was not confirmed. He had all the symptoms, and we were worried waiting for the results. But if that person had contracted the virus, the disease would have no possibility to spread," Lingiene said.

"Our specialists met him, and he was registered at the airport. We called him every day, and he knew what to do, he did not see his doctor, called the emergency response center," she sad.

On Friday, telecommunications company Telia brought in a German-made thermal camera to Lithuania and it can be preventively used to stop the spread of the coronavirus in the country. But Vice Minister of health Algirdas Seselgis said the camera was not suitable for measuring people's temperature.

"Experts say it's more suitable for the protection of invisible territory. It's not well-equipped for large flows of people, to measure an individual person's temperature. The error is too big for this work," the vice minister said.

According to Seselgis, the Health Ministry will look into possibilities of other thermal cameras and will consider acquiring them.

Lingiene said thermovisors are only an additional measure for the identification of those having the coronavirus, and it also "provides a false sense of security".

"It's very problematic to use that method due to a long incubation period, contrary to the flu case. A person might walk past a thermovisor and feel safe although the symptoms have not manifested yet," the NPHC representative said.

Almost 75,000 people have already contracted the new virus in China and 2,121 people have died, based on the latest figures from the World Health Organization. The virus has already spread to 26 countries.

The coronavirus has already spread to several EU member states and may reach Lithuania, too, Health...

The coronavirus outbreak in China is already affecting Lithuanian businesses as some companies...

The Lithuanian government's Emergency Commission recommended on Monday that the government declare a...

The widening coronavirus outbreak will have implications for the Lithuanian economy , Finance...