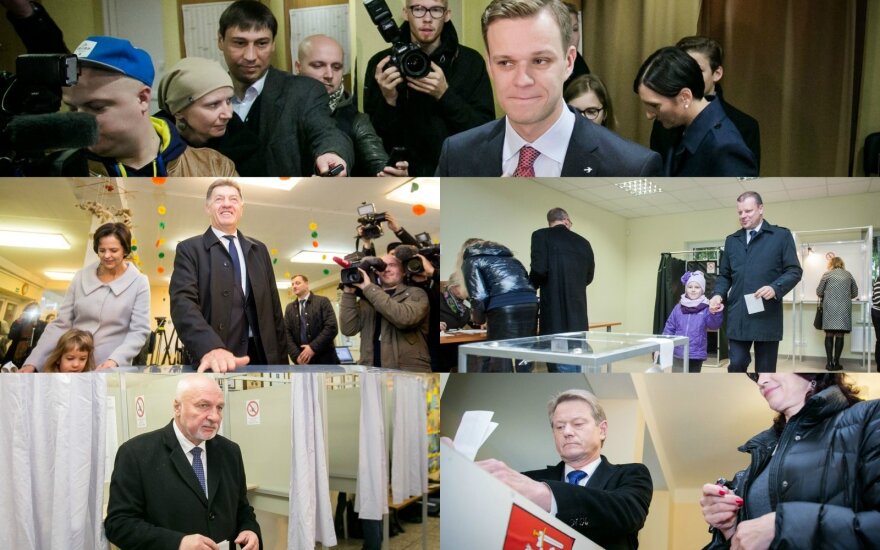 The ruling Social Democratic Party is third and jeopardized the odds of remaining at the helm of the government, show results from 1,881 of the country's 1,996 polling stations.

The Peasant and Green Union, which lists itself as a centrist political force, maintains openness to hold coalition talks with both right- and left-wing parties, emphasizing that no agreements would be possible before the October 23 second round of the elections.

According provisional results, the Peasant and Green Union collected 22.26 percent in multi-member voting, thus securing 20 mandates in Lithuania's 141-seat parliament, while the Homeland Union – Lithuanian Christian Democrats were supported by 20.7 percent of voters and would have 19 mandates. The Social Democrats were backed by 14.6 percent of the electorate and will have 13 seats.

The Liberal Movement came in fourth with eight mandates, the Order and Justice party and the coalition of the Electoral Action of Poles in Lithuania and the Union of Christian Families crossed the five-percent threshold with 5.6 percent and 5.5 percent of the vote, respectively, and should have five mandates each.

Leaders of the conservatives and the Liberals held a meeting on the election night to discuss forming the core of the center-right coalition. The Social Democrats and the Labour Party also discussed further cooperation, however, the meeting was held before it turned out in early hours of Monday that the Labour Party failed to cross the five-percent threshold to win mandates in multi-member voting.

Ramūnas Karbauskis, the leader of the Peasant and Green Union, said that the party expected to be the central member of the negotiations on a government of professionals where party affiliation would not be the key factor.

"A possible version is both the Social Democrats and the conservatives joining a coalition with us for the benefit of Lithuania. (…) Ideologically, we are very similar. The vote on the Labor Code showed that the Social Democrats are not the left wing at all," Karbauskis told the national television LRT.

He said he expected to shift the from the government to the parliament, adding that amendment of the Labour Code was among the key tasks.

Meanwhile, Gabrielius Landsbergis, the conservatives' leader, said working with the Social Democrats was "hardly possible," pledging to seek to persuade the Peasant and Green Union into joining the coalition with the conservatives and the Liberal Movement.

"Clearly Lithuania is in need of change, as the president said. And it seems like the change is coming," he added.

"The ruling parties never get the society's trust in the elections, as compared to the confidence levied in the new parties or those in opposition," he said.

Observers say that the advantage enjoyed by the Social Democrats for a long time may have been dissolved by scandals within the government and the new Labor Code, which liberates the dismissal and hiring of people.

Ramūnas Karbauskis , leader of the Lithuanian Peasant and Green Union (LZVS), says that his party...

Lithuania's parliamentary elections on Sunday did not deliver any major surprises in terms of voter...

A lower voter turnout in Sunday's parliamentary elections signals the public's disappointment with...

Skvernelis on poss coalitions: Peasant, Green Union will talk to all

Serious talks on the ruling coalition may start after the first round of voting, says Saulius...