Žygimantas Pavilionis
aA
Exactly 75 years ago the USA experienced a blow which would change the course of history. Making use of all its capacities the US learned from history and entered the war against a totalitarian regime by… making an alliance with another totalitarian regime. Later followed victory and… Yalta. 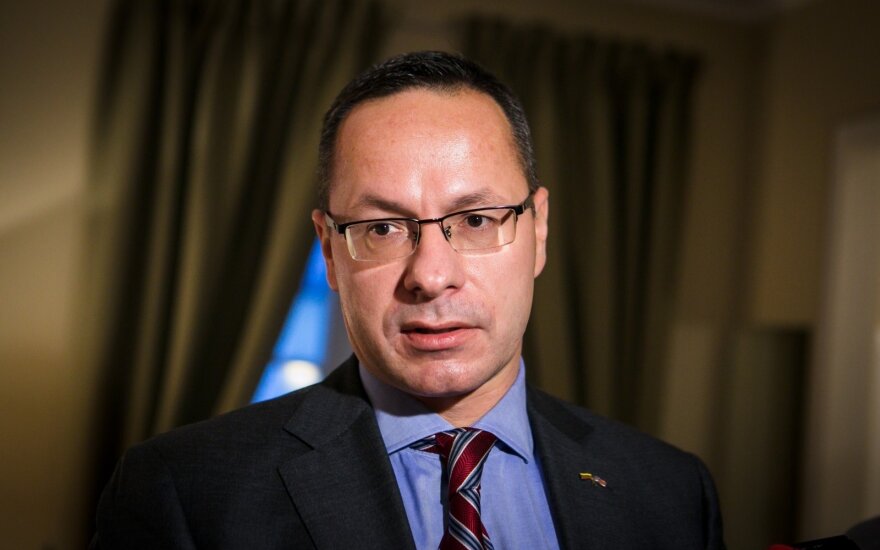 In Washington, where a united team of parliamentarians from the Baltic States gathered for the first time since the elections everyone recalls history and speaks of preparing for the worst case scenario and talk of Pearl Harbor and a new Yalta, which could be avoided if we learn from history. However wise people notice that most often we fail to learn from our history. So are we truly en route to a second Yalta and second Pearl Harbor?

What is most interesting is that this question currently cannot be answered unambiguously by anyone in Washington. Betting on just one outcome would be simply risky and even unwise. The world is experiencing fundamental change, which is hard to admit. Liberal democracy is experiencing an unprecedented crisis, such that the democratic would does not recall since the Great Depression in the US, albeit even then no-one doubted the values of democracy in the USA, while today they are questioned across the world. The nearing fourth industrial revolution, a postmodern post-Christian virtual world of social networks is erasing the middle class, the foundation of liberal democracy. A key trait of this deep political and social crisis is a deepening rift between the city and the (peasant?) countryside. People representing the countryside are rising up against the international system born out of World War II, against liberal democracy, seek to “exit” this world, isolate themselves. The Lithuanian “Peasants” are no accident, but a sign of a deep rooted global disease. So what consequences await us while we honour the 75th anniversary of the events in Pearl Harbor, what could we learn from history in the United States, in the world and in Lithuania?

First of all we should wake up from the stage of illusions or denial and depression. We have to honestly admit that post-war liberal democracy, the sort known (at least from books) by our grandparents, parents and ourselves is currently dying. We have to move to acknowledging that the situation is serious and the consequences can be dire, we have to earnestly begin preparing for the worst, so that we could avoid this scenario and would keep our freedom and democracy, both in the world and our own country. Freedom and democracy have to become cornerstones of our daily agenda.

Secondly we have to immediately join forces with the remaining supporters of freedom and democracy in the US, in (particularly importantly to Lithuania) Poland, in the whole Northern, Baltic, Central European region, in Germany, in the UK and even in France and ensure that our fellow brothers and sisters in Eastern Europe, the bloodied lands between the Baltic and Black sea, who always face the first blow after which the second reaches us, are not forgotten.

Without delay we have to dedicate significantly more funding to our diplomacy and foreign policy, the most underfunded areas, though specifically these people still maintain the last bridges between nations, the bridges that the heralds of democracy and freedom tread. If these bridges are burnt and the howitzers speak up, we will pay a price that will far exceed the extra millions for Lithuanian diplomats or extra hundreds for parliamentary diplomacy, which Lithuania has justifiably been proud of since March 11, 1990.

We also have to dedicate more funding to our spies and our analysts, our eyes and brains, which will be the first to warn the rest of the body and our allies about coming threats.

Thirdly we must dedicate those damned two percent in defence spending not tomorrow, but today because they should have been assigned already yesterday. Without a capacity for self-defence we will not survive, it is elementary and from now on should become a fundamental priority. For any normal existence, survival instincts are essential. Not in 2020, not in 2018, but today, 2017, because what we failed to do yesterday is not Trump’s, but our own fault and a great one at that. Short-sightedness usually results in a painful fall, so if we’ve now put on our glasses and seen the world for what it is, let us immediately operate on our eyes, while we’re young, for nothing will help later on.

Fourth, we have to forget mediocre decisions and the mediocrities we have surrounded ourselves with for the past 25 years. A Soviet mentality of a peasant-like floating downstream, not raising one’s head, only securing one location has brought us to the edge of a precipice. We do not know how to pursue results, we do not even want them, we are satisfied with authoritarian instructions from the leader, we calm or destroy the creative and individualistic, personalities we do not like because they contain too much freedom and democracy. We’ve reached the end of the road, so let us simply take responsibility for our state ourselves, let us rise up against our master or oligarch, whose goal is very simple – to control you, to rob you, to take your money, your future and your freedom – from you and your children. We must open the way for the young generation which voted this time and not only through pretty words said from a tall tribune, but through actions. We cannot allow ourselves to be a mediocre state because we will simply not survive that way. In all spheres we must pursue perfection and leadership. We have to nurture the best and youngest, seek unique, world leading and progressive decisions. We have to be first in all spheres. Yes, the way Trump is trying to. Make America Great Again has to become Lithuania’s slogan.

And to conclude on America, where we are currently located with a delegation from Seimas. Let us admit that so far we have dedicated very little attention to the United States. Just as much as to Kazakhstan or Belarus, perhaps even less. So far only two groups of people have been working in Washington – the diplomats, our sworn knights, who have held the sacred walls of the oldest Lithuanian embassy in the world for 92 years now and the servicemen.

These two groups, by the way, paupers without funding for even elementary activities – any other Lithuanian embassy has the same funding for bureaucratic survival, building maintenance, leaving the final scraps of finding to perhaps feed or greet the minister, who, of course, is left satisfied. We have fewer people in Washington than an average country, perhaps less than an average African country.

The amount of diplomats and resources in Washington should be at least tripled and these resources should be a clearly established separate line in the budget, one that could not be touched by any Foreign Ministry mediocrity. My tongue has gone dry speaking of other institutions. A unified Seimas declaration on transatlantic relations shamefully failed to convert into actions, no matter how beautifully and in unison they are arranged by everyone in Seimas. When “Peasant” and SocDem ministers – each one of them – will assign a representative in Washington, then I will take back my words.

The Ministry of Culture destroyed the special attaché in Washington. Only the Ministry of Agriculture kept its. The heads of the ministries of transport, energy, education, economy (tourism and state security departments) and others’ leaders only speak pretty words, but they do not assign people for work with Washington.

Same as Seimas, three years ago having promised to assign a single individual for relations with the most powerful democratic parliament in the world – the US Congress – upon which the lives of Lithuanian citizens may depend one day. I am ashamed, are you not? By the way, let us not blame only the politician and bureaucrats. The Estonians managed to send a camera and journalist to Washington five years ago. Warsaw has over ten. Meanwhile we have none because we fight Kremlin propaganda with words only, perhaps we have gotten used to living with our brains washed. Nongovernmental organisations have in essence two representatives in Washington – Marius Laurinavičius and Dalia Bankauskaitė, who both work there through the funding of US Lithuanians because Vilnius has not assigned any funding for such things. I am only happy with business, which has despite criticisms and warnings done its part – both US business, closing in to 10,000 new jobs in Lithuania and Lithuanian business, expanding its export (and doing so constantly) into the US by 30%. The US economy is the largest, its market gigantic and it will only grow larger if we sign the free trade agreement with the US, which is supported by our friends in the US Congress, the Republicans. Will President Trump support it, we will see soon. I believe that the fundamentals will remain, even if names can change, unless our “Peasants” raise their old battle-axe against the fundamentals and not just the names. Similarly how they dealt with US shale or atoms.

So are we really commemorating, are we remembering the 75th anniversary of Pearl Harbor, learning from history, learning from the mistakes of others and ourselves? It is not too late yet, we can still get everything done. In unison, loving the Motherland in actions and not just words.

A signal to Russia – energy is not a priority in Lithuania

Analysts in Lithuania are alarmed that Francois Fillon , the favorite in the French presidential...

Lucas – big and bad news for the Baltics

Lithuania is set to step up defence ties with the United States by signing the first bilateral...

Conservatives need a new message and a unifying leader?

Now is a suitable time for the Homeland Union to take care of its unity, seek a new core message and...