BNS
aA
Members of the opposition in the Lithuanian parliament, the Seimas, have on Wednesday presented to Speaker Viktorija Cmilyte-Nielsen the signatures they collected on no confidence in Zygimantas Pavilionis, chairman of the parliamentary Committee on Foreign Affairs, representing the ruling conservative Homeland Union – Lithuanian Christian Democrats. 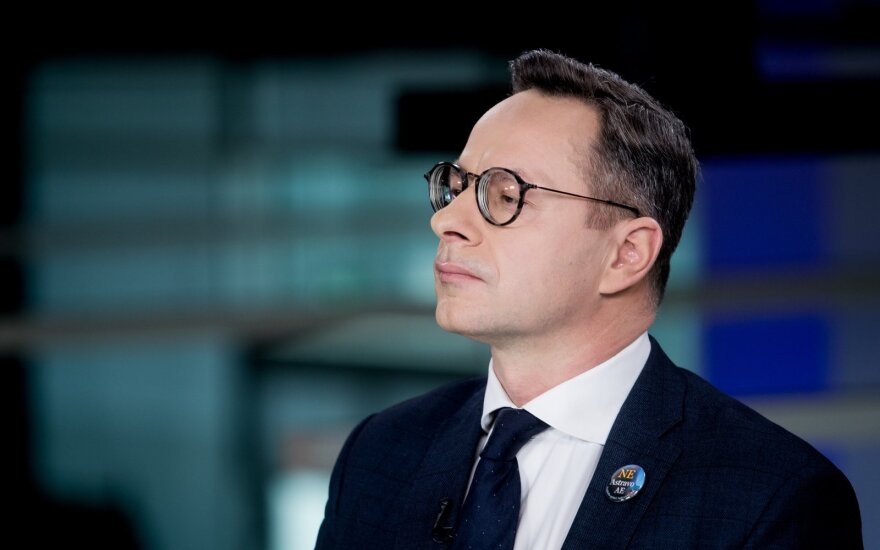 Opposition representatives also threaten to quit the parliamentary committee, if Pavilionis continues to chair it.

"It's not a war between the opposition and position. It’s a wish that we could really continue smoothly working on foreign policy. If this person remains the committee chairman, that cooperation in the Seimas will probably become problematic," Saulius Skvernelis, the opposition leader representing the Lithuanian Farmers and Greens Union, told journalists at the parliament on Wednesday.

The Seimas speaker said that, under the Statute of the Seimas, upon receipt of the necessary number of signatures, she needs to inform the Seimas about such an initiative, which she plans to do on Thursday. A no-confidence procedure will then start.

Under the Statute, at least a fifth of lawmakers can initiate a no-confidence procedure against a parliament official. At least 71 are needed during a secret allot for such an official's dismissal.

Cmilyte-Nielsen said earlier on Wednesday she's critical of Pavilionis' rhetoric but sees no basis for his removal.

"Regrettably, we seem to be following that scenario forced upon us from the outside by provocateurs. It seems to me that the most farsighted thing, in this case, would be not to respond and not to succumb to provocations," she said.

On Tuesday, the Seimas opposition collected around 50 signatures for Pavilionis to be sacked for his conversation with Russian pranksters.

In the video, Pavilionis is heard expressing his views and views of the ruling block on various foreign policy issues, and also at the end of the conversation he urged his interlocutor to ignore Lithuanian President Gitanas Nauseda's attitude, calling the president "symbolic".

Pavilionis later said he was certain that he did not cause any harm to Lithuania’s interests. He believes this attack needs a solid response of learning the lesson and being prepared for possible attacks in the future.