BNS
aA
The Board of the Lithuanian Seimas is set to hold an emergency meeting on Tuesday night to discuss the removal of Speaker Viktoras Pranckietis. 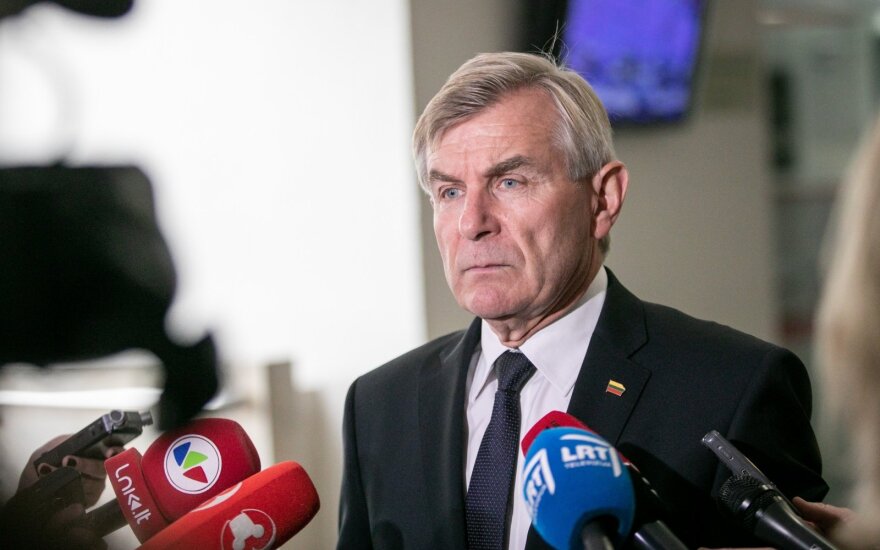 The meeting is scheduled for 6 p.m., Pranckietis told journalists.

"We decided to hold an emergency meeting to discuss the removal procedure to be able to move to serious bills on taxes and the budget during the plenary sitting and to end this discussion that's been hanging in the air for a very long time," the Seimas speaker said.

Five board members voted in favor of holding an emergency meeting, two were against and one member abstained, Pranckietis said.

The no-confidence document was signed by 42 members of the Lithuanian Farmers and Greens Union, five members of the Social Democratic Labor Party of Lithuania, three members of the recently-established "For Lithuania's Welfare" political group, two members of the non-attached group and one member of the Electoral Action of Poles in Lithuania – Christian Families Alliance.

At least 71 members of the Seimas need to vote in favor of the speaker to be removed.

Baskiene told BNS Lithuania the Seimas' Assembly of Elders has already discussed that a vote of no confidence in the speaker should take place during Thursday's plenary sitting, adding that a secret ballot would be held.

Pranckietis has refused to step down, stating that LFGU leader Ramunas Karbauskis is seeking his removal in revenge for his disobedience.