BNS
aA
The Lithuanian parliament approved on Thursday the nomination of Economy and Innovation Minister Virginijus Sinkevicius for European commissioner. 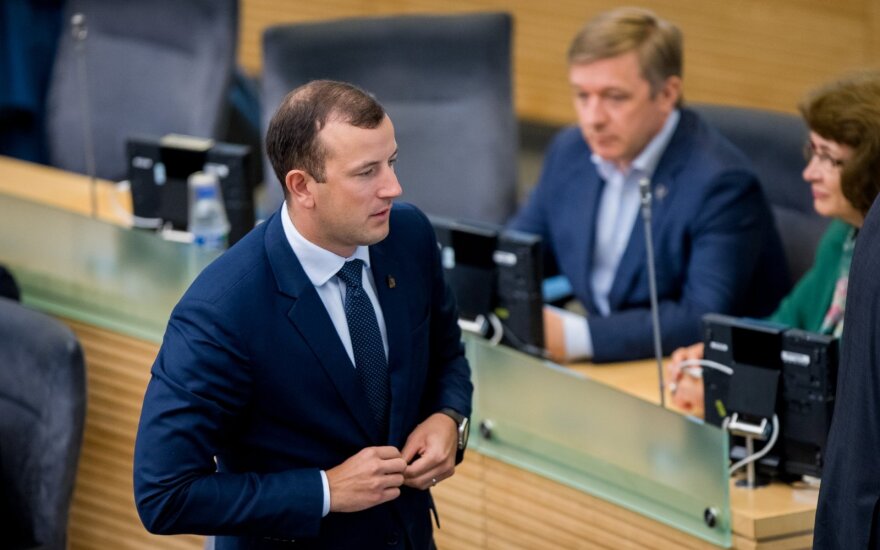 The motion was passed in a vote of 89 to ten with six abstentions.

The nomination of the 28-year-old member of the ruling Lithuanian Farmers and Greens Union has already been approved by the government and President Gitanas Nauseda and is yet to be endorsed by the European Parliament.

"I want to be the candidate of Lithuania as a whole. This is important for me as a politician, as a person, and, most importantly, as a representative of Lithuania's post-independence generation," the nominee told the parliament.

Sinkevicius has served as economy and innovation minister since 2017.

Sinkevicius has also previously worked at the Washington-based Center for European Policy Analysis and has done a traineeship at the Lithuanian embassy to the United States.

Nominee for European commissioner will be presented in parliament

Lithuanian Economy and Innovation Minister Virginijus Sinkevicius will be presented to the Seimas on...