BNS
aA
The Lithuanian parliament approved on Friday the program of the new center-right government of Prime Minister Ingrida Simonyte. 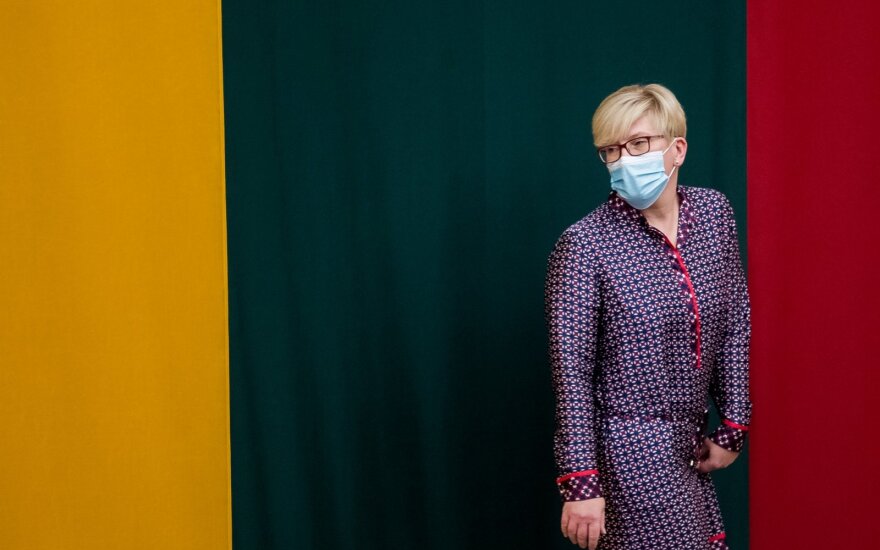 The motion was passed with 78 votes in favor, 30 against and 20 abstentions.

The new government took office after the swearing-in ceremony that followed the vote.

Simonyte has said her government will not make any revolutions but will seek discussion- and knowledge-based decisions. She has vowed to initiate discussions on a national agreement on education at the beginning of the government's term.

The new government also pledges to modernize the economy and reduce social exclusion by improving access to social services and giving more focus to lone pensioners and single mothers.

Simonyte has said she will immediately convene experts to advise the new government on the necessary measures to get the spread of COVID-19 under control.

The new government differs from its predecessors in that it is gender-balanced, with women holding seven out of 15 seats in the Cabinet. There was only one female minister in the Cabinet of Prime Minister Saulius Skvernelis.

Lithuanian President Gitanas Nauseda said on Monday he has signed a decree to approve the makeup of...