(1)
BNS
aA
Lithuania’s Seimas on Friday adopted a new Law on Lobbying Activities establishing the so-called “cross-declaration” that requires both lobbyists, and politicians and public servants who have contact with lobbyists to report lobbying activities. 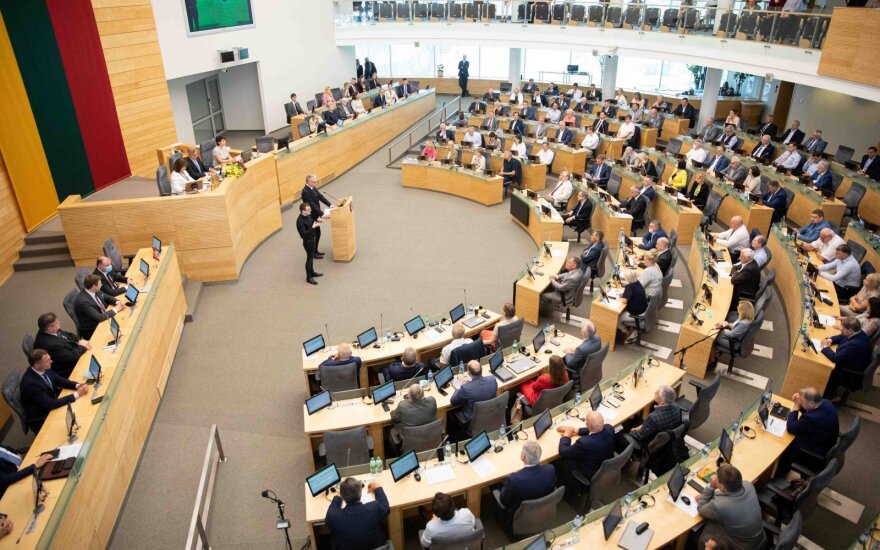 The bill put forward by the ruling bloc was adopted in a vote of 61 to 8 with 26 abstentions.

Once signed into law by the president, the bill should come into force on January 1, 2021.

The ruling Farmers and Greens’ Union tabled the bill last week in the wake of law-enforcement bringing suspicions against the heads of two major business organizations as part of an illegal lobbying and influence peddling probe.

LFGU MP Agne Sirinskiene, chair of the parliamentary Committee on Legal Affairs, told the legislature that the new law would establish both the cross-declaration of lobbying activities and the requirement for business associations to register as lobbyists, and would also expand the definition of a “lobbyist” to include business associations.

The bill was registered by over 30 MPs, mostly from the ruling Farmers and Greens' Union, including Ramunas Karbauskis, the party's leader.

An earlier attempt to adopt new regulations on lobbying practices ended in failure as the new version of the law drafted by the Ministry of Justice got stuck in discussions at the Seimas at the end of last year.

However, the suspicions brought by law enforcement institutions against Valdas Sutkus, president of the Lithuanian Business Confederation, and Mantas Zalatorius, the president of the Association of Lithuanian Banks (LBA), prompted the legislature to reopen debates on the new Law on Lobbying Activities.

Zydrunas Bartkus, director of Lithuania’s Special Investigation Service (STT), earlier told the reporters that the offences investigated in the case involving Sutkus and Zalatorius were related to lobbying activities.

CEO of Kauno Tiltai detained as part of corruption probe (1)

Zalatorius steps down as head of Lithuania's banking association

Mantas Zalatorius , suspected of corruption, is stepping down as head of the Association of...