(2)
BNS
aA
Overnight attempts have failed to completely restore the e-health system in Lithuania after it went down following Monday's rainstorm, the Center of Registers told BNS on Wednesday morning. 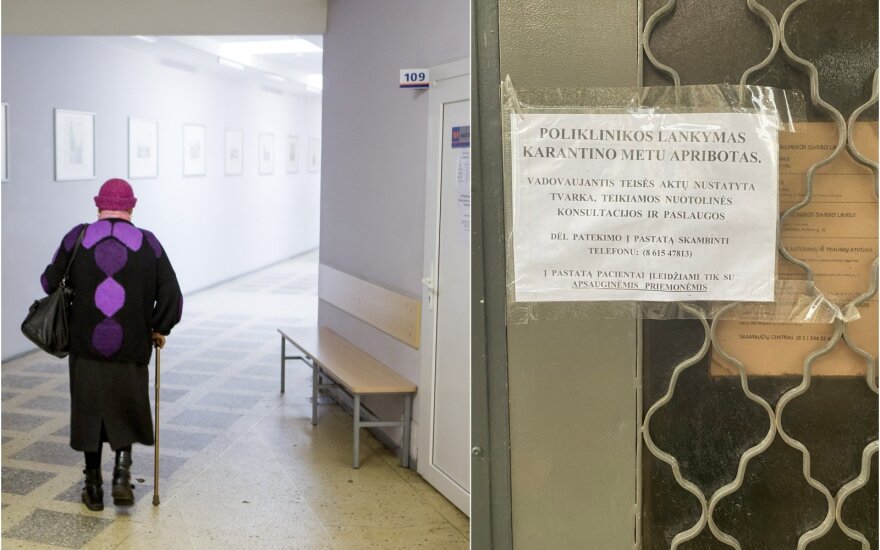 "A number of registries were restored last night. Nevertheless, overnight attempts to fully restore the e-health system have been unsuccessful so far and they are continuing," Mindaugas Samkus, spokesman for the Center of Registers, said, adding that it's hard to estimate when the system will be restored.

"Speaking of a system of that scope and complexity, it’s hard to estimate. The system's data is being recovered at the moment and then we will need to check if the system can run properly. We are making every effort for this important system to resume operation as soon as possible," Samkus said.

The system went down following Monday's rainstorm when the Center of Registers' servers were damaged by a leaking pipe, leading to a failure of many systems run by the center.

Pharmacists have asked people, if possible, to postpone the purchase of medicines, and the Health Ministry has urged medics to temporarily issue paper prescriptions.

The system failure has also affected notaries' work as a number of registers are non-accessible.

Transport Minister Rimantas Sinkevicius estimated on Tuesday that up to 24 hours would be needed to restore the systems of the Center of Registers, including the e-health system, but it later turned out that more time would be needed.

Four out of ten employees work in direct contact with clients, customers or patients

Eurofound’s analysis of the labour market in Europe shows that just over four out of ten (41%) of...

Foreign nationals coming to Lithuania from third countries must self-isolate for two weeks,...

Specialists are still working to get Lithuania's e-health system that has been down since Monday...