...
Corporate Client article, Jelena Rakocevic
aA
The Patriarchate of Constantinople will expand its presence in Russia through the parishes of the former Ukrainian Orthodox Church – Kyivan Patriarchate (UOC-KP). There are also negotiations on the restoration of communion with representatives of the so-called Catacomb church. 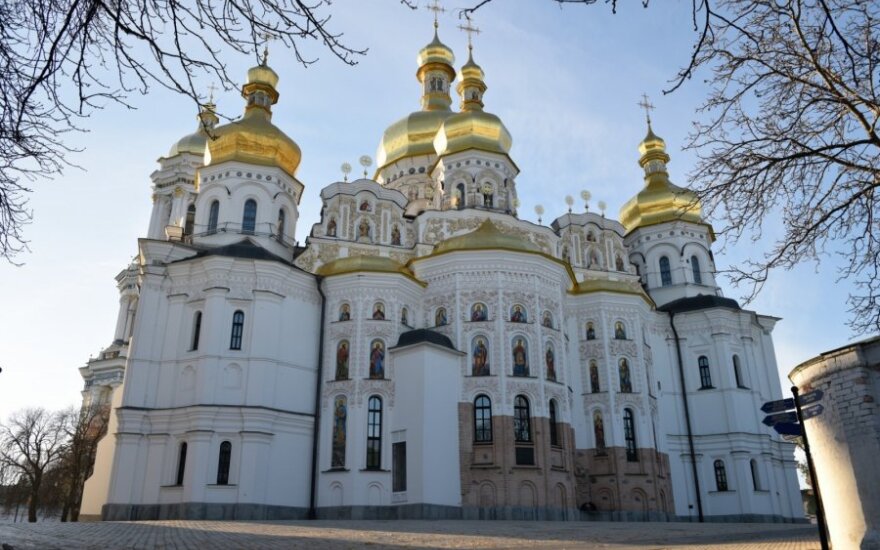 According to the statute adopted by the episcopate of the Orthodox Church of Ukraine (OCU), as well as the Tomos of autocephaly that goes in the same package, after the OCU is granted independence, all its communities outside Ukraine with their hierarchs and clergy should fall under the direct control of Patriarch Bartholomew.

In light of the growing conflict between the Ecumenical Patriarchate and the Russian Orthodox Church (ROC), and since the latter has opened its own parishes in Turkey, the Ecumenical Patriarchate is expected to put pressure on Moscow via its new parishes in Russia under the "metropolitans" Adrian and Joasaph of the former UOC-KP. Moreover, according to our sources, the presence of Constantinople in the canonical territory of the ROC may expand further through the Russian non-canonical communities of the so-called Catacomb or the True Orthodox schismatic branches.

Related articles
Conflict between Athens and Fanar: another threat to Orthodox unity
Will Constantinople ask other Local Orthodox Churches for help?

The first example of this scenario is the appeal to Patriarch Bartholomew by the marginal "Schema-Metropolitan of Moscow" Raphael (Seraphim) Prokofiev-Motovilov, the head of the "True Orthodox Church (TOC-R or Raphaelites)".

In his letter to Ecumenical Patriarch Motovilov asks for the "recognition of the hierarchy" of the TOC-R, citing the decision of the Holy Synod of the Ecumenical Patriarchate to recognize the hierarchy of Macarius Maletich (Ukrainian Autocephalous Orthodox Church, UAOC). Indeed, the hierarchy of the TOC-R of Motovilov originated from the UAOC: the first bishop of the TOC-R, Stefan (Linitsky), was "consecrated" on December 17, 1996 in Ternopil, Ukraine, by then Bishop of Khmelnitsky and Kamenets-Podolsky Methodius (Kudriakov) The latter was ordained in the UOC-KP by "Patriarch" Volodymyr (Romaniuk) who had received "grace" from Vikenty Chekalin through Andriy Abramchuk.

In its turn, in October 2018, the Holy Synod of the Ecumenical Patriarchate recognized as canonical the hierarchy of the UAOC including all of its departed bishops. This was attested to by the Patriarch Bartholomew's letter to Metropolitan Makarius (Maletich).

It is worth noting that so-called Metropolitan Raphael Motovilov maintains close contacts with the "True Orthodox Church" of the Greek Old Calendarists, for example with "Metropolitan of Avlona and Boeotia" Angelos Anastasiou. He is also known for blaming Patriarch Bartholomew for ecumenism and having a scandalous reputation, in particular for being openly involved in commercial extrasensory healing and witchcraft.

According to the latest information, the Patriarchate is seriously considering the possibility of accepting Raphael Motovilov into communion ・ as a measure of last resort in response to the non-canonical actions of the Moscow Patriarchate in Turkey.

Don't forget that a new Orthodox church appeared in Ukraine under the auspices of the Constantinople. At the Council held on December 15 the two largest denominations previously out of communion with the Orthodox world got united, elected their new Primate and approved the statute. New Orthodox Church in Ukraine is expected to be granted a tomos of autocephaly on January 6 in Istanbul.

These events provoked a severe response of the ROC which views the situation as an encroachment on its canonical territory and an attempt to destroy the autonomous Ukrainian Orthodox Church of the Moscow Patriarchate.

At the same time, Ecumenical Patriarch Bartholomew began to restore canonical order in the Orthodox diaspora, asserting the exclusive right of Constantinople to shepherd it. For example, he made a historic trip to South Korea.

Something happened on the 5th of January. Between worries about Brexit matters, the usual Trump...