Over 560 migrants denied asylum so far 130 have left

BNS
aA
Some 562 irregular migrants have had their applications for political asylum in Lithuania examined and rejected, and 130 of them have left the country since the start of the year, the Interior Ministry said on Tuesday. 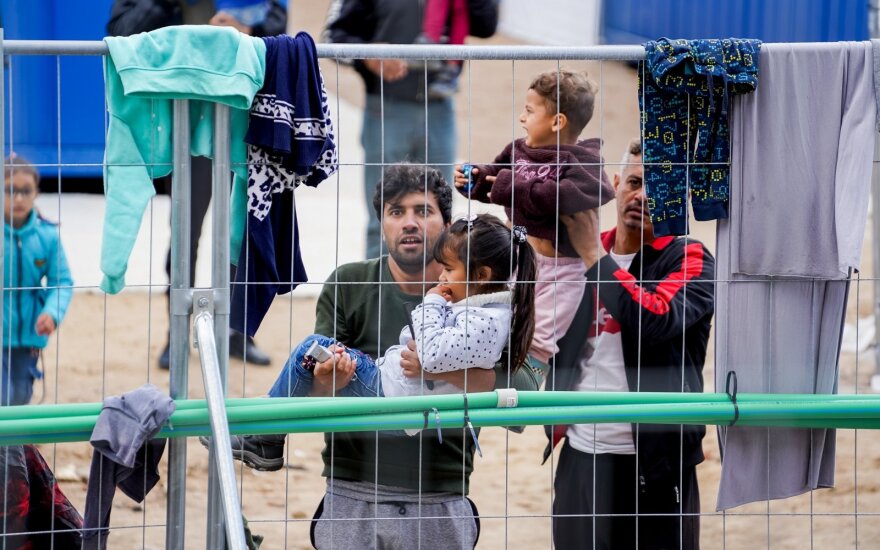 The ministry published statistics showing that around 2,400 people have been turned away since early August when the country adopted the pushback policy and that more than 2,140 out of over 4,100 migrants who have entered the country have claimed asylum.

"The situation at the border has now been stabilized thanks to coordinated action at both national and international levels, despite efforts by the undemocratic regime of the neighboring country to use illegal migration as a tool of political pressure," Interior Minister Agne Bilotaite said in a press release.

Around 25 kilometers of concertina razor wire have already been put up along the most sensitive border sections, the ministry.

Border controls have been stepped up and officers have been instructed to "use all necessary means provided for by law" to prevent people from crossing the border in non-designated places, according to the press release.

"Lithuania's experience is being adopted by Latvia and Poland, which are also facing hybrid attacks from Belarus," the ministry said.

Some 45 bilateral and multilateral meetings took place during the three months of the crisis, and Lithuania has been receiving increasing support and assistance, with the European Commission alone allocating 37 million euros in emergency aid to Lithuania.

Lithuania has also received expert assistance on a bilateral basis from Austria, Estonia, Poland, Slovenia and Ukraine, and a total of 18 countries have offered humanitarian and technical assistance.

"In September, however, Lithuania intends to apply for additional financial support as it is facing new challenges with the approach of the winter season, such as the lack of accommodation suitable for Lithuanian winter, and the lack of education and healthcare for migrant children," the ministry said.

"There is an urgent need to change and improve the European Union's migration policy so as to prevent anyone from abusing our asylum system," it said.

Proposals for changing the EU's legislation to enable a more effective response to the crisis are currently being prepared and coordinated with member states' interior ministers, according to the press release.

Irregular migrants who agree to go back home have their travel costs paid for by Lithuania and receive an additional 300 euros, the ministry noted.

Lithuania's authorities expect to move all irregular migrants from temporary accommodation to camps with heating and "all the necessary infrastructure", with priority given to families with young children, pregnant women and other vulnerable groups.

Over 4,100 migrants have crossed into Lithuania from Belarus illegally so far this year, compared to just 81 in all of 2020. Vilnius accuses the Minsk regime of orchestrating the unprecedented migration influx, calling it "hybrid aggression".

Number of suspects in August riot probe rises to 62

Formal suspicions have been brought against another 12 people as part of an investigation into the...