Over 500 US soldiers deploying to Lithuania for half-year rotation

BNS
aA
Over 500 US Army soldiers are coming to Lithuania in October for a half-year rotation, the Defense Ministry said on Wednesday. 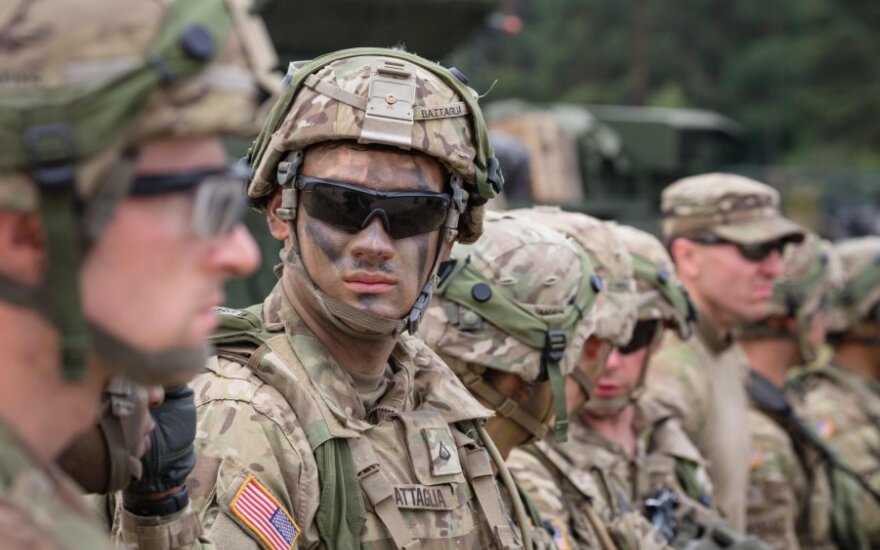 "Rotational US force, a battalion-sized unit of over 500 US Army soldiers, will deploy in Lithuania to ensure deterrence and train in exercises shortly in October," it said. "The unit is part of the US Army Europe Operation Atlantic Resolve and will be deployed in Lithuania through spring next year."

The troops are bringing heavy equipment, including 30 Abrams tanks, 25 Bradley Infantry Fighting Vehicles and 70 wheeled vehicles, with them and will deploy at the Pabrade military training area close to Vilnius.

Defense Minister Raimundas Karoblis says the deployment of the rotational force is a result of Lithuania's efforts to achieve a long-time US military presence.

"We have sought a larger long-term US military involvement in Lithuania and the region consistently and patiently. Therefore, the deployment of the US Army battalion for a longer period of time is good and awaited news and a result of our efforts and investment," the minister said in a press release.

"The US forces are a vital factor of deterrence, so it will contribute to NATO efforts in the Baltic region," he added.

"This deployment has been enabled by Lithuania's investments into the training infrastructure in Pabrade and other places and the efforts of the logistical support personnel of the Lithuanian Armed Forces in solving all the practical issues related to the deployment and presence of US troops in Lithuania," according to Karoblis.

The Americans will cooperate and train with Lithuanian troops and other allies and exchange experience in implementing the Lithuanian Land Force's mechanization project, the ministry said in the press release.

Company-sized units of US troops had been stationed in each of the Baltic states on a permanent basis since 2014 in response to Russia's aggression in Ukraine, but were withdrawn in the fall of 2017 following the deployment of NATO's multinational battalions to Lithuania, Latvia and Estonia.

Lithuania is considering sending troops to the Strait of Hormuz to contribute to an international...

The 11th rotation of Lithuanian army instructors was seen off to Ukraine on Thursday to take part...

The Lithuanian Armed Forces have taken delivery of 110 new Union U5000 trucks, the Defense Ministry...