Out of 49 countries Lithuania 32nd in “Rainbow Index"

DELFI EN
aA
While “Baltic Pride” festival is taking place in Lithuania this week, ILGA-Europe, an NGO monitoring the rights of LGBTI, announced “Rainbow Map” where European countries are compared by LGBTI rights in each country. 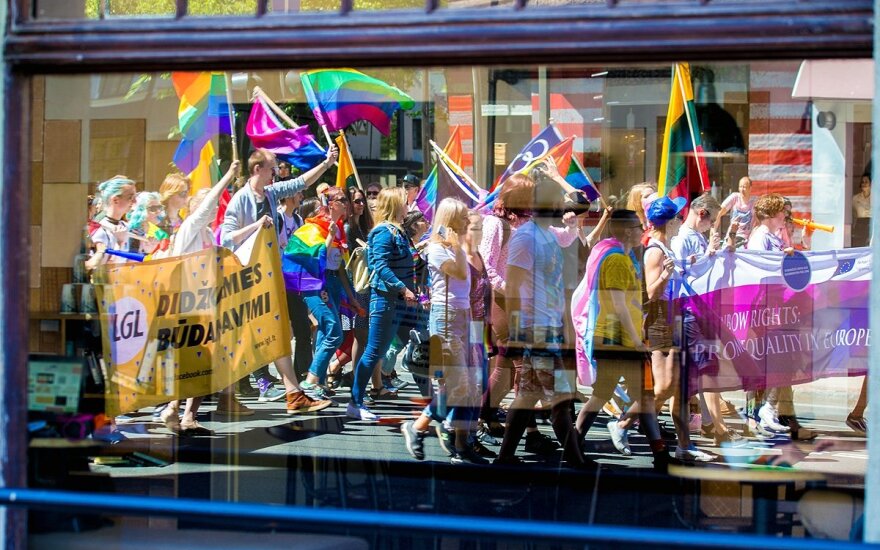 In the ranking which is named “Rainbow Index” Lithuania takes 32nd place out of 49 countries. Each country is measured by its laws and policies.

At the top of the list for LGBTI people - Malta. After this country, Belgium, Luxembourg, Finland, and Denmark follow.

Lithuania in the ranking got 23 percent score. In the ranking report it is mentioned that in order to improve the legal and policy situation of LGBTI people in Lithuania the country should develop an accessible and transparent legal framework for legal gender recognition, which establishes an administrative process based on self-determination and free from abusive requirements (such as GID/medical diagnosis, medical intervention, divorce, or age limits).

It is also advised to adopt legal measures to recognize and protect same-sex couples, such as civil unions or registered partnership.

Moreover, the NGO recommends focussing on protecting and promoting freedom of expression for LGBTI people. 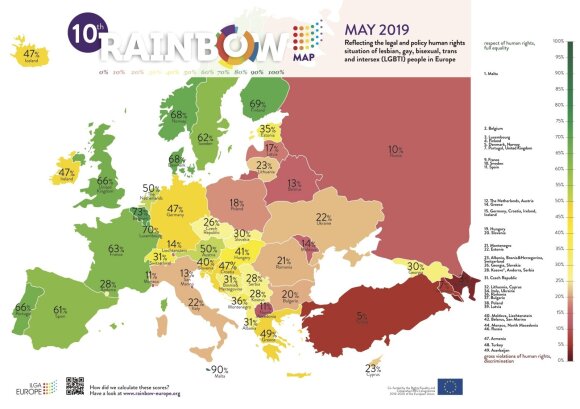 “Baltic Pride” 2019 is the largest LGBT community event with the participants of the LGBT...

Days before the 4th Baltic Pride March for Equality in Lithuania, a new edition of LGBT+ friendly maps...