BNS
aA
The board of the Order and Justice Party has decided to set up a new political party and bring in a new leader from outside. 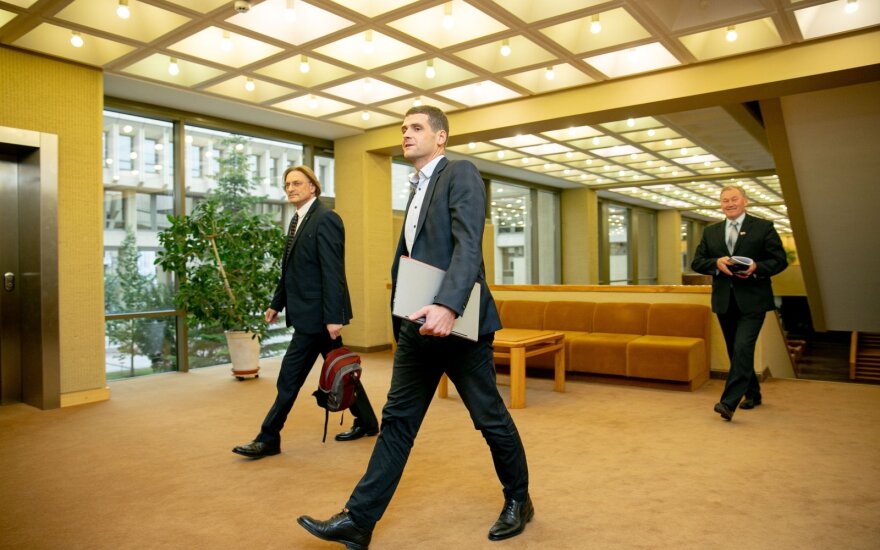 "We made a consensus decision to create a new political entity," Remigijus Zemaitaitis, the Order and Justice's current chairman, told reporters after the board's meeting on Wednesday evening.

Members of the board agreed that the new chairman should be someone from outside the party, he said.

Vytautas Kamblevicius, the party's first vice-chairman who has been at odds with Zemaitaitis recently, confirmed the plans to create a new political entity.

"We are creating a new party and looking for a new leader," he told reporters.

A task group will be appointed next week to open talks with potential leaders and other people will be invited to join the organization as well, the chairman said.

An Order and Justice leader expects philosopher Arvydas Juozaitis , one of the candidates in last...

Remigijus Zemaitaitis , the Order and Justice party's leader, has been ousted as vice-speaker of...