Not even animated movies are off-limits: how to recognize propaganda in culture?

Tomas Janckus
aA
The Kremlin’s ideological and political propaganda often reaches us not only through the official, Russian state-controlled media, but also through cultural events and cinema. Below, Linas Kojala, the Director of the Eastern European Studies Center, explains how to recognize propaganda that is spread through cultural instruments. 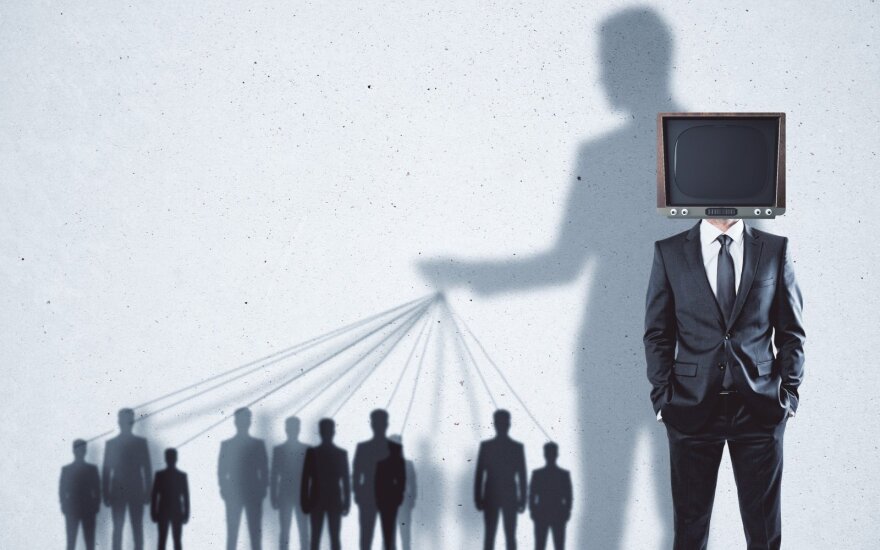 According to the expert, the range of instruments and channels used for propaganda is almost inexhaustibly wide.

“To be able to identify specific examples, one should first define what propaganda is, who is behind it and for what purposes the propaganda is used. In Lithuania, there are instances when singers or other artists, who sing about or talk highly of the Soviet years, come to perform in the country during public holidays. One can reason that this is not by coincidence. Russian propaganda places a heavy focus on history, for example, by asserting that guerrilla fighters of Lithuania or other Baltic states were just “bandits” rather than freedom fighters resisting foreign occupation,” describes L. Kojala.

Being prepared and staying critical helps avoid the propaganda trap

Often, Lithuanian residents consume propaganda content by accident – simply by not checking the themes of the event they are attending, the content of the work they will see at the event, or the political positions expressed in the work or the event.

To avoid the hook of propaganda, L. Kojala recommends consumers of culture to always do some research before the event and to stay critical.

“First of all, we should not be naïve and think that culture is somehow separated from politics – works of culture can exhibit clear political overtones in their themes, in their texts, and in various symbolic dates or places chosen for performance (for example, if they take place in the presently-annexed Crimean Peninsula). Even if artists do not have direct ties with political institutions or actors, they may still be carrying a political message. Thus, it is important to keep this in mind and assess cultural works – be it songs or movies or anything – critically, to check whether their content, especially if it is presented as “facts,” actually is factual. It is also important to not live in a closed cultural space – one should seek to diversify their cultural consumption, to see how artists from different countries interpret similar themes. It is best if before attending the event (or after it ends), people put some effort to gather more information about it, read the reviews. This can help balance the initial attitude and the emotional reaction to the event,” advises L. Kojala.

In cinemas, propaganda targets both adults and children alike

Movies often become a tool of the Kremlin’s soft power, as Moscow uses them to justify their aggressive behavior abroad, falsify various historical facts that do not fit the Kremlin’s narrative. Importantly, through movies, propaganda aims to affect not only adults but also children.

In the movie, Vladimir, the Duke of the Kievan Rus, who ruled in Kiev and christened the lands over which he ruled before Moscow even existed, is hailed as a Russian national hero. Russia tries to appropriate the history of the Kievan Rus, with the goal to “prove” the Russian people and the Western societies that Ukraine never really existed, does not have deep historical roots, that no such state existed and has no ground in history. These claims are in effort to justify the annexation of Crimea.

In the animated movie, the friendship of a little girl and a bear are shown. The bear (a symbol of Russia) is portrayed as good, peaceful, caring, and supervising the small, impish girl. In some of the episodes, Masha wears an NKVD soldier’s hat (which belongs to the Bear), which clearly indicates the goals of the propaganda animated series. With such symbolism, the Stalinist repressions are seemingly normalized, made to look innocent, and acceptable in the modern day.

“Three heroes and the sea tsar”

This animated movie is a clear example of children-oriented propaganda. In the movie, the good guys are portrayed as guardians of the true Russian values, while the Duke of Kiev is depicted as an evil low-life. The movie, by presenting a falsified history, is designed to affect and influence the opinions (and the formulation of opinions) of the young.

Member of Seimas of the Republic of Lithuania and Deputy Chair of the Homeland Union-Lithuanian...

At the initiative of MEP Antanas Guoga , 27 MEPs have called on the CEO of Amazon Inc. Jeff Bezos in...