Jurgis Atroškevičius, Secretary General of Lithuanian Fencing Federation
aA
On October 20-21 Vilnius hosted one of the biggest fencing tournaments in the region – Open Nordic Youth Fencing Championships, which attracted nearly 500 participants. The event was attended by young fencers from Nordic and Baltic countries, forming Nordic Fencing Union (NFU), as well as guests from Poland and Belarus. As sportsmen were preparing for their competition, leaders of the federations met for annual Congress of NFU. 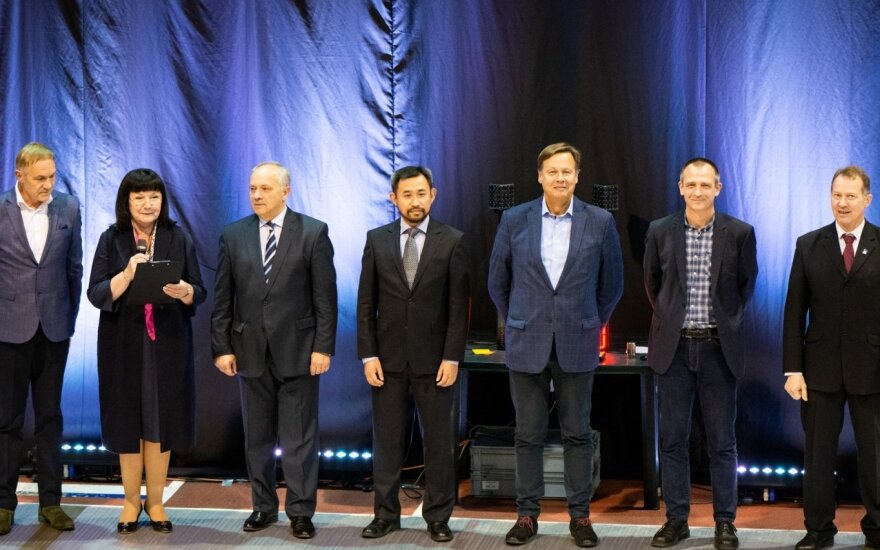 In 1990's Nordic Fencing Union, which initially was created for cooperation among fencing federations of Scandinavian countries, established ties with Baltic countries. It began as invitations for Estonian, Latvian and Lithuanian fencers to take part in the Nordic championships, but by the end of the decade all three Baltic states already enjoyed status of full membership in the NFU together with Iceland, Denmark, Finland, Norway and Sweden. During recent years Baltic countries are becoming even more active in this regional organisation – Estonia has impressive sports results in the international scene, and since 2012 NFU is led by Ērika Āze, President of Latvian fencing federation. Also annual Nordic Championships are frequent here.

Related articles
Mindaugas Jurkynas. Baltoscandia is closer than we think
Upgrade2018! meetings in Vilnius and Riga indicate the importance of cross-Baltic cultural cooperation

This year's NFU Congress approved current leadership by re-electing Ērika Āze (who is also a member of the Executive Committee of International Fencing Federation) for her fourth 2-year term as the President of NFU. Junjie Cao, head of Norwegian Fencing Federation, was elected as vice president.

Jan Sylvest Jensen, President of Danish Fencing Federation, raised a question on future vision of NFU and it's events. Currently Nordic championships of different fencing disciplines (epee, foil and sabre) and age groups are organised separately. Uniting all those into one event would allow to have week-long tournament with nearly 1000 participants as well as to enrich the schedule with workshops which would expand the understanding of our sport and stimulate cultural exchange.

Representatives of NFU's federations welcomed this idea and discussions were summed-up by the President Ērika Āze "While such project would require additional resources, both financial and human, we are happy to have the challenge ahead of us, because we all strongly believe in Nordic cooperation". Nordic fencing leaders decided to consult their home federations and to provide guidelines for developing this idea in the next meeting of NFU, which will be held in the beginning of December in Paris, during the congress of International Fencing Federation.

Upgrade2018! meetings in Vilnius and Riga indicate the importance of cross-Baltic cultural cooperation

International networking meetings realized in the frames of Cross-Baltic Upgrade2018! initiative in...

The first-ever New York Baltic Film Festival is kicking off in the United States' biggest city on...

The decision by a consortium led by private equity funds managed by Blackstone to invest 1 billion...

Lithuanian citizens seek closer cooperation with the Nordic countries. The majority of population...

Oslo is on Monday hosting a meeting of British, Nordic and Baltic leaders.