LT Daily, media brief
aA
The new citizenship law which allows for certain Lithuanians with special merit to hold dual citizenship with another country, cannot prevent subjectivity when it comes to decisions on allowing people to maintain or recover national citizenship, according to parliamentarians Stasys Šedbaras and Julius Sabatauskas. 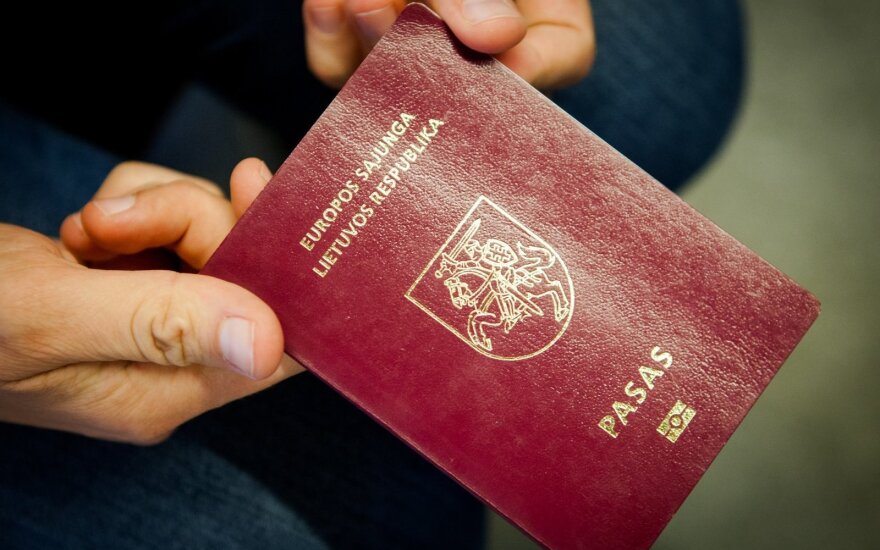 “This depends on the will of the head of the country. In the same way that citizenship is granted by exception. It is impossible to determine criteria when the decision is made by one person,” said Šedbaras.

They were commenting on the amendments signed by the President Dalia Grybauskaitė allowing individuals with special merit to the state to have a dual Lithuanian and foreign citizenship.

According to the amendments signed by the president, only a person who has made a particularly significant contribution to the country's nation-building, power and authority in the international community, will be able to preserve or recover Lithuanian citizenship.

The presidential decrees on the preservation or the recovery of national citizenship also have to be countersigned by the Interior Minister. If the minister takes a decision not to sign a decree, then individuals do not receive or preserve their Lithuanian citizenship.

“Subjectivity will not be avoided. However, the citizenship law amendments signed by the president will only be applied to a very narrow circle of our countrymen,” said Sabatauskas.

Justice Minister Juozas Bernatonis did not rule out the possibility that this autumn a referendum on dual citizenship for those Lithuanian citizens who have emigrated after the restoration of Lithuania‘s independence in 1990 could be organised along with upcoming parliamentary elections.

However, according to the minister, subjectivity on the questions of nationality would be best avoided if the Constitution, in which it has not been foreseen that Lithuanian citizens could have another citizenship, was amended.

Bernatonis said the parliamentary Constitutional Commission is currently considering the possibility of organizing a referendum on the matter.

Lithuanian President Dalia Grybauskaitė has signed amendments to the Law on Citizenship, allowing...

Lithuanian citizens with special merits to the state will be able to retain their Lithuanian passport...

The Lithuanian parliament has endorsed a bill allowing Lithuanians who are born abroad to retain dual...

A Lithuanian member of the European Parliament , Antanas Guoga , who has Australian citizenship, has...

The Seimas and the World Lithuanian Community Commission is starting its work in the Lithuanian...