BNS
aA
The Seimas of Lithuania is violating human rights after it failed to grant state recognition to Romuva, an ancient Baltic religious community, on Thursday, the community's priestress Inija Trinkuniene says. 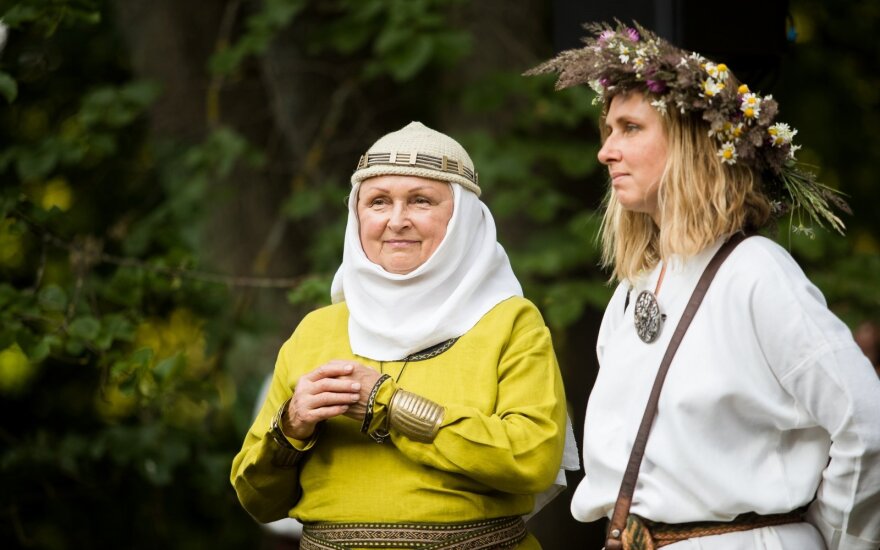 "We regret the fact it happened so as we meet all legal requirements for religious communities to be granted state recognition, and we believe the Seimas is violating human rights by voting this way. It would have been the recognition of our ancestors' religion which is still followed today and came into being on this land. We call it natural belief. I think it’s a matter of honor and dignity for every Lithuanian to back this religion. Unfortunately, many lawmakers do not realize that", Trinkuniene told BNS Lithuania.

She said the community would consider what to do next, including the option of turning to the European Court of Human Rights.

"One of the options is to turn the ECHR as all arguments against have not basis. Also, there's was huge pressure from the Catholic Church, and Seimas members received a letter from the archdiocese on the eve of the vote and it contains false information," the priestess said.

Earlier in the day, 40 lawmakers voted in favor of granting Romuva state recognition, 31 were against and 15 abstained. The decision was welcomed by applause from part of Seimas members.

All representatives of the ruling Lithuanian Farmers and Greens Union voted in favor of granting Romuva state recognition, and MPs representing the conservative opposition Homeland Union – Lithuanian Christian Democrats and the Electoral Action of Poles in Lithuania – Christian Families Alliance voted against or abstained. Members of other political groups were split between the two sides.

Following the parliament's decision, Romuva will be able to ask for state recognition only after ten years.

Pagan superstitions and spells in the GDL 106

Baltic Paganism, surviving in Europe up until the very late Medieval times, gave rise not only to...

Ethnic minorities in Lithuania lived through the same historical tendencies as the country in which...

Pope Francis will say a silent prayer in the place of former Vilnius Ghetto 75 years since its...

ECHR: country has duly given release hope to life prisoners

Lithuania has stopped violating the rights of life prisoners and has provided real chances of...

Actors and director get fines for 'church show'

Three actors and a director have been fined in Lithuania for disturbing a religious service at a...