(1)
BNS
aA
Nearly one-third, or 30 percent of Lithuanians, are in favor of legalizing gender-neutral partnership whereas 65 percent are against this initiative, according to a survey conducted by pollster Norstat and published by the national broadcaster LRT on Monday. 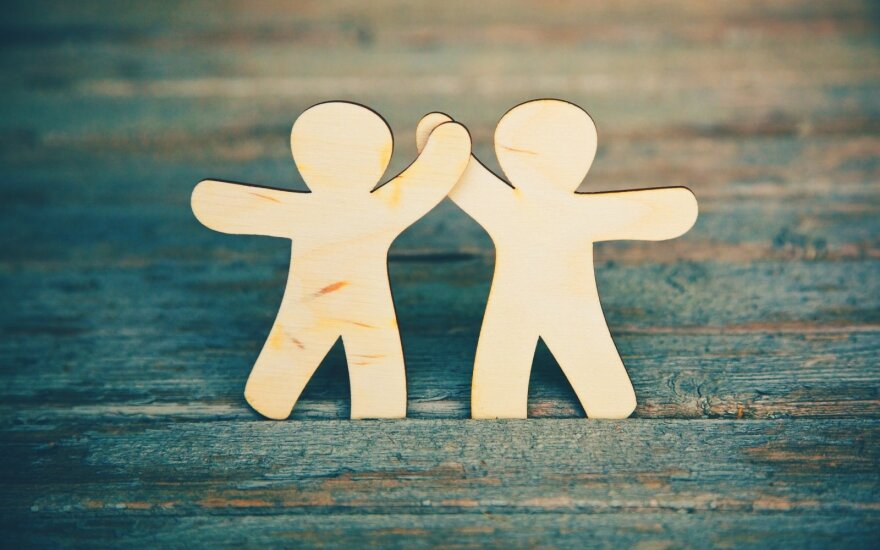 Asked whether they approved of a Law on Civil Partnership that would also allow legalizing relations between same-sex partners, 30 percent of the respondents answered positively, 65 percent – negatively, and the remaining 5 percent had no opinion on this issue.

The survey commissioned by LRT was conducted between April 19 and May 4. Norstat polled 1,100 respondents using a combination of a telephone poll (81 pct of respondents) and an online survey (19 pct).

A group of Liberal MPs has recently proposed to legalize gender-neutral partnership.

The bill would define a civil partnership as "the fact of cohabitation of two persons (partners), registered in accordance with the procedure established by legal acts, for the purpose of establishing and (or) developing, and protecting the relationship of the partners".

The initiators say the law would put in place a model of registered gender-neutral partnership.

The draft partnership law has been included into the parliament's program for the spring session, but it has yet not been formally registered.

With the Lithuanian government easing lockdown restrictions, the Justice Ministry has proposed to...

Lithuania's ruling coalition has a consensus on a partnership law, Viktorija Cmilyte-Nielsen, the...