Nauseda's first State of the Nation Address: today we have set another great goal for Lithuania 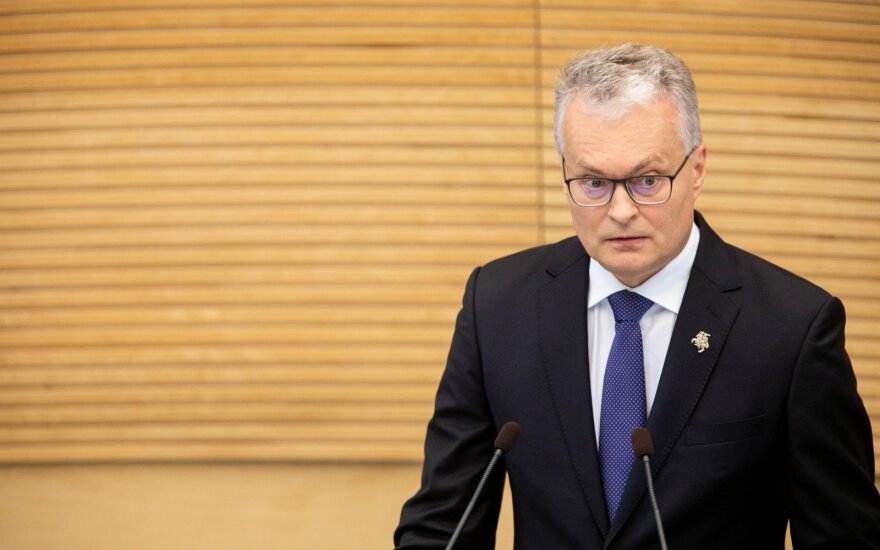 "For three decades, the most important goal of all of us has been to return to where we were forcibly torn from – to the Western world in the political, cultural and economic sense of the word," Nauseda said in his first State of the Nation Address to the parliament on Thursday.

"For three decades, we have sought to establish the country's international security so that the painful history of the past never happens again," the president said.

"This process of building and improving the state is ever-ongoing. Next to it, however, today we have set another great goal for Lithuania: a just, green, innovative welfare state," he added.

According to Nauseda, the welfare state begins "with respect, mutual trust, responsibility for the common interest and assistance to each other".

The president said he will patiently seek consensus on the further development of the state.

"The only plan suitable for Lithuania is one that we will achieve by consensus," Nauseda said.

"I devoted the first year of my term to achieving more respect, trust, justice, responsibility and solidarity in Lithuania," he said.

Nauseda took office as Lithuanian president on July 12, 2019. He ran in the election on a welfare state platform focused on scaling down social exclusion and advocating greater respect in politics.