...
BNS
aA
Lithuania and Ukraine are holding the same position on the situation in Belarus and are calling for a new fair election in the neighboring country, Lithuanian President Gitanas Nauseda said on Monday evening. 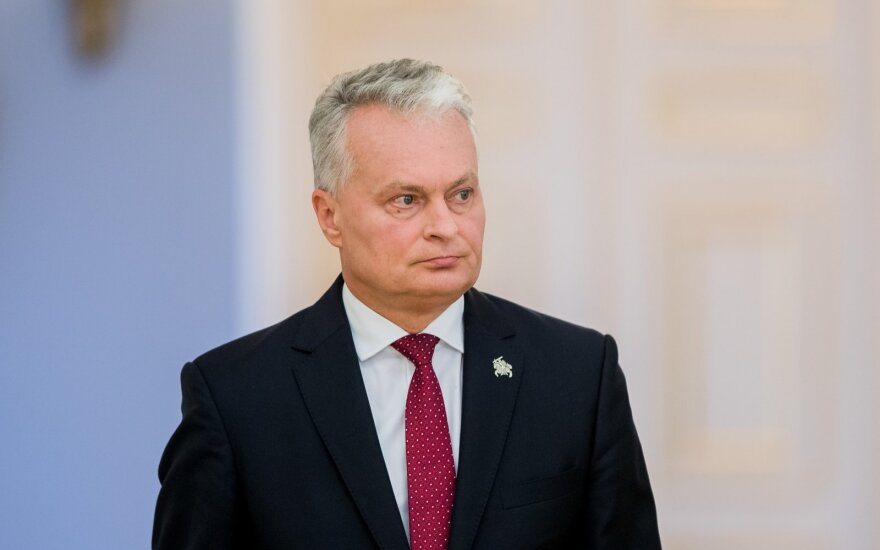 "We agreed that the dialogue of the Belarusian authorities and the civil society to ensure transition of power and holding a new, fair and democratic election under the supervision of the OECD was the peaceful solution to the current situation," he said in a press release after a telephone conversation his Ukrainian counterpart, Volodymyr Zelensky.

The two presidents discussed possible cooperation between Lithuania and Ukraine in an effort "to deescalate the worrying situation" in Belarus.

They also discussed the upcoming summit of the Normandy Four and increasing tensions in in eastern Ukraine's Donbass region due to regular breaches of the ceasefire.

"The two leaders shared their expectations for the EU-Ukraine summit" scheduled for November 1.

Nauseda said the summit was highly important for Ukraine's further political association and economic integration with the EU.

The two presidents "also touched upon the topic of nuclear safety and discussed the threat posed by the Astravyets nuclear power plant" that Belarus is about to launch.

Zelensky "expressed support for Lithuania’s position not to buy unsafe electricity from Belarus", according to the press release.

"The two leaders said they were delighted with close bilateral relations based on shared values," the Lithuanian president's office said.

Border chief: over 50 Belarusians come to Lithuania after election

Over 50 people from Belarus have arrived in Lithuania in the wake of the neighboring country's...

The Lithuanian parliament adopted on Thursday a resolution calling on the international community to...

Nausėda calls for EU discussion on help to post-Lukashenko Belarus

Lithuanian President Gitanas Nauseda is calling on the European Union to impose sanctions against...