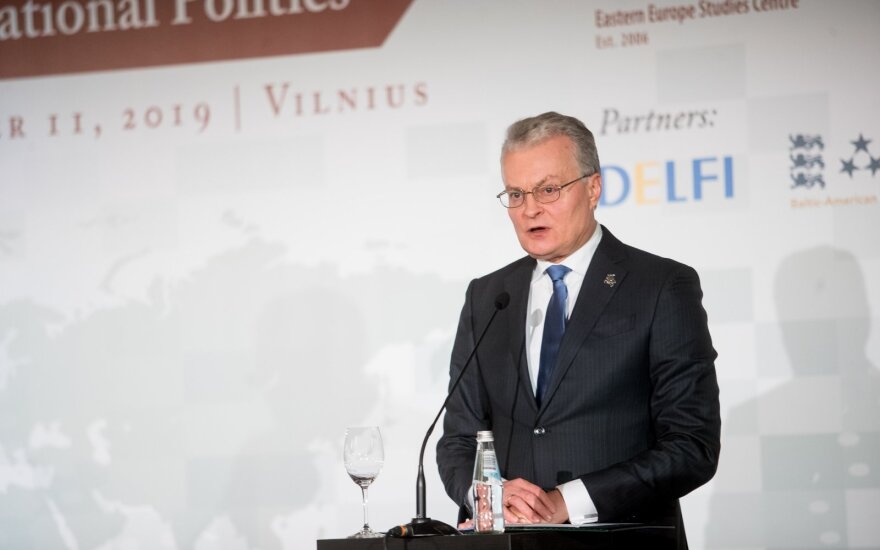 "At the political level, a result has been achieved. At the technical level, attempts can still be made to somewhat complicate the process," Nauseda told reporters in Brussels on Thursday.

"But what's most important to me is that Erdogan's approval in principle was obtained at the NATO summit. And what defense ministers and generals and specialists will do afterward is another issue," the president said.

"But I think the first small but very important step has been made," he added.

NATO Secretary General Jens Stoltenberg said after last week's summit in London that the Alliance's leaders had agreed to the updated defense plan for the Baltics and Poland.

Ankara had previously threatened to block the plan until a similar plan for Turkey was approved, too. The most contentious issue is Turkey's demand that NATO designates Kurdish fighters in northern Syria, who helped defeat the Islamic State group, as terrorists.

However, Turkish Foreign Minister Mevlut Cavusoglu said two days later that both plans would have to be published together at the final stage.

The Baltic-Polish plan "will certainly not be published until our plan is published", Cavusoglu said.

"The two plans are at the same level and are waiting in the same room," he said. "if there is a problem, they will be blocked together."

NATO officials normally make no public comments on the stages of consideration of defense plans.

NATO's defense plans for the Baltic states and Poland were first approved in 2010, but Lithuania, Poland, Estonia and Poland want them to be regularly updated.

The defense plans are classified, but Lithuanian officials constantly ask the allies to ensure air defense capabilities and quicker deployment of forces to the region in a crisis.

Nauseda and Trump discuss Lithuania's military purchases from US

Lithuanian President Gitanas Nauseda and US President Donald Trump discussed in London on...

Hodges: Turkish veto on Baltic defense plans is bad, but not catastrophe

Turkey 's decision to block the updated defense plans for the Baltic states and Poland might make...