...
BNS
aA
The distribution of welfare is not fair in Lithuania, President Gitanas Nauseda says, adding that reducing social exclusion is one of the measures to strengthen the state. 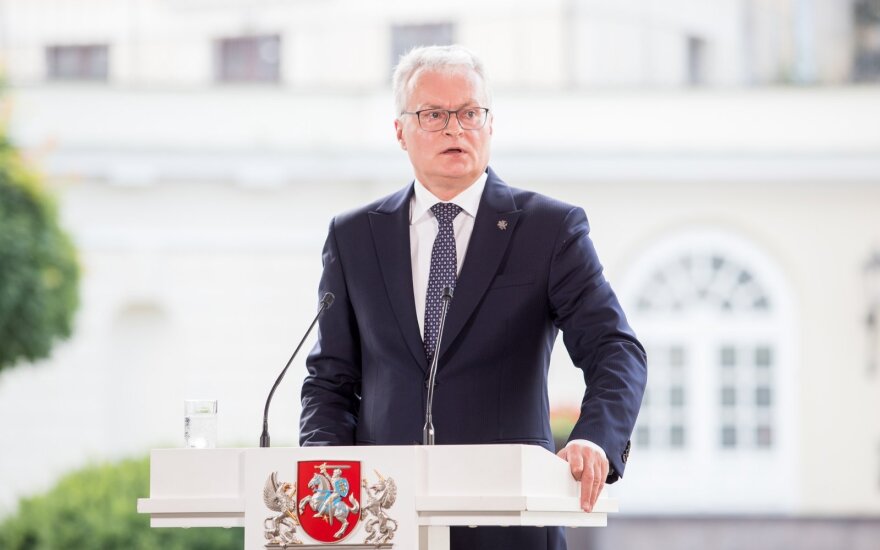 "Reducing exclusion for me is a task that is as important as strengthening the state because that is strengthening of the state not from the outside, but from the inside, in pursuit of greater solidarity and to feel the shoulder of that person near you and make sure that everyone lives comfortably in this state, lives well and does not suffer poverty," Nauseda said during his annual press conference on Wednesday.

The president believes that, macroeconomically, the country has withstood great during the pandemic but social exclusion needs to be reduced to ensure sustainable growth, as well as to implement changes in the areas of energy, green economy and digitalization.

"It doesn’t mean that Lithuania's ordinary people will wait until we bake the cake. I have heard that discussion on that cake and whether we still need to bake it or we can start distributing it since the restoration of independence. (…) Let's finally start speaking about whether we are dividing that cake fairly," Nauseda said.

"Let's be honest: we are now not cutting it fairly and we allow the shadow (economy – BNS) to flourish as we fail to remove unfounded tax credits and exceptions," the president stated.

He claims that Lithuania has practically surpassed Portugal and almost caught up with Spain and other older EU member states in terms of GDP per capita.

Lithuanian President Gitanas Nauseda has called a meeting of the country's State Defense Council on...

Lithuanian President Gitanas Nauseda confirmed on Wednesday he would have not signed the partnership...

21.2% of Lithuanians living below the at-risk-of-poverty line