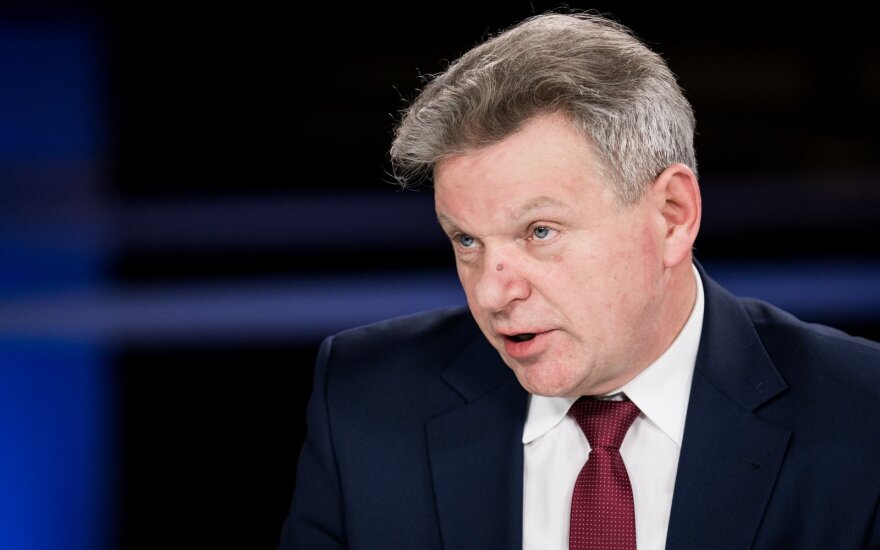 In his words, the meeting of an extended ruling coalition council, scheduled for January, is the last postponement deadline.

"There will be no more postponements; I really want this decision to be made. I really don’t think there will be a possibility to hide behind some circumstances as it will be the decision of the top body of the ruling coalition," Nauseda told the delfi.lt news website's program Demesio Centre (In Focus) on Thursday. "If that decision is not appropriate or based on wrong arguments, then I will turn to the prime minister. The question is what's next?"

Nauseda does not rule out a possibility that the Narkevic issue might provoke the prime minister himself to resign.

"That resignation might be provoked by the simplest things, including that issue of the minister, which is not being resolved by the ruling coalition. We will not keep that issue unresolved," Nauseda said. "That issue just must bet resolved, and then we'll see what the consequences of that decision are."

Nauseda also said he has trust in Prime Minister Saulius Skvernelis, adding that he's waiting for the conclusions of the Chief Official Ethics Commission on the paving of a road close to the prime minister's home, which the government allocated funds for.

Prime Minister Skvernelis said on Tuesday the ruling coalition plans to discuss the transport minister issue in early January. On Thursday, Ramunas Karbauskis, leader of the ruling Lithuanian Farmers and Greens Union, added that the council meeting is scheduled for Jan 14.

According to the prime minister, the situation around the transport minister might spark the government's resignation. Both Skvernelis and Karbauskis reiterated earlier this week they see no reasons to sack Narkevic.

Narkevic has lately come under fire over the dismissal of the board of the country's state-run postal company Lietuvos Pastas (Lithuanian Post), his behavior during the recent trip to the UAE and the allocation of funds for the paving of streets in his election constituency and close to Skvernelis' home, as well circumstances around living at the Seimas hotel.

The Chief Official Ethics Commission is carrying out an investigation into both the actions of Narkevic and Skvernelis.

The Lithuanian ruling coalition's council will hold a meeting in early January to discuss President...

Over EUR 11 mln offered for central post building in Vilnius

11.22 million euros has been offered for the historic central post office building in central...