BNS
aA
The possible deployment of more US troops to Poland will serve the security interests of the entire region, Lithuanian President Gitanas Nauseda said on Wednesday. 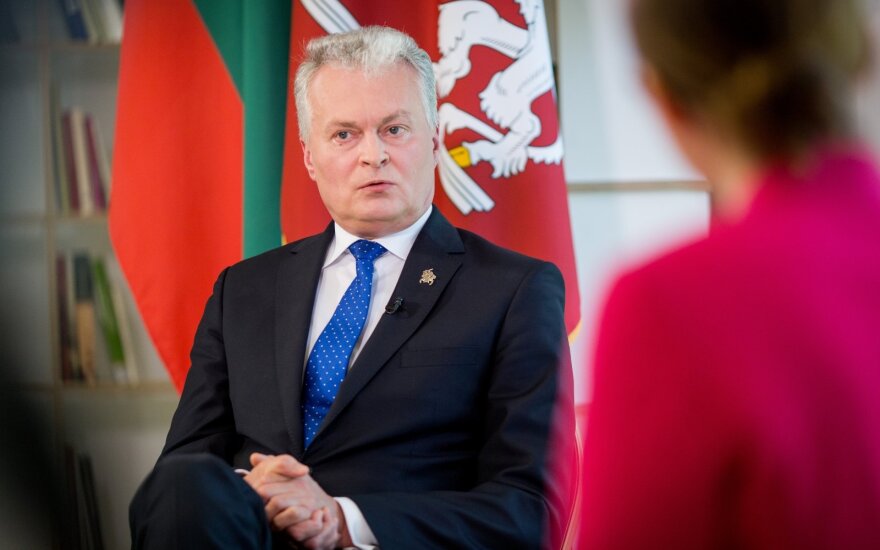 "That possible reassignment of troops will have to do not only with Poland's specific security interests, but also with the security interests of the region as a whole," Nauseda told reporters in Grunwald after meeting with his Polish counterpart, Andrzej Duda.

US President Donald Trump has recently said that he will withdraw a part of American troops from Germany and may reassign some of them to Poland.

According to Nauseda, Lithuania actively cooperates with Poland on security matters, especially to ensure the security of the so-called Suwalki gap, is a land strip of around 100 kilometers on the Lithuanian-Polish border that is wedged between the Russian exclave of Kaliningrad on the west and Belarus on the east.

Related articles
Linkevicius: Duda will also represent Lithuania's interests during meeting with Trump
Lithuania expects some of US troops withdrawn from Germany to stay in Europe

"We have been working closely with the Polish side to ensure that regional security aspects and aspects of the Suwalki corridor are included in this discussion and that they are taken into account," he told reporters.

Nauseda said Duda informed him that the security of the Baltic countries and defense funding were among the issues discussed during his recent meeting with Trump.

The Baltic nations and Poland are among the few member states meeting NATO's target of spending 2 percent of GDP defense.

"President Duda mentioned that Lithuania and the other Baltic countries were specifically mentioned during his meeting with Trump," Nauseda said. "President Trump is well aware of our efforts to be active and permanent members of the 2 percent club."

Polish President Duda to pay visit to Lithuania next week (1)

Polish President Andrzej Duda is scheduled to pay a working visit to Lithuania next week, Lithuanian...