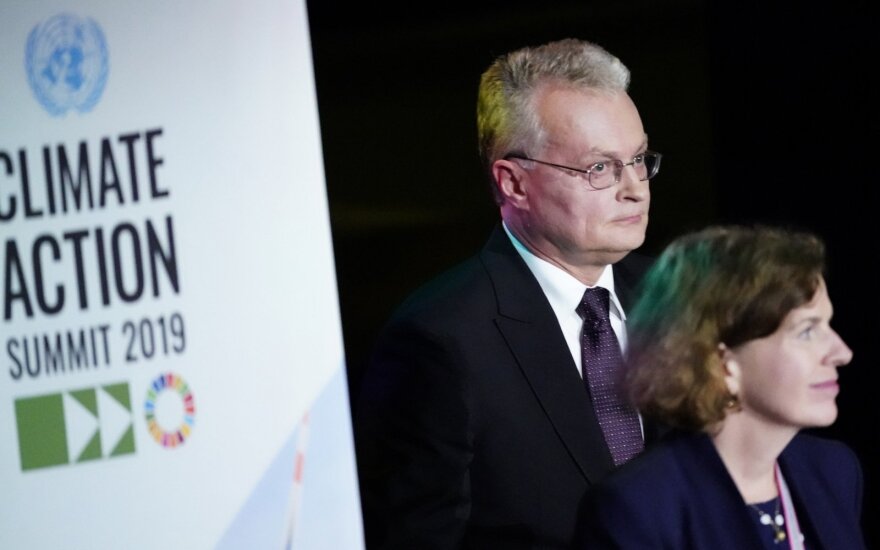 In his first address to the UN General Assembly, the Lithuanian president said that "determination to adhere to international law is often the last barrier separating our countries from unpredictable and therefore dangerous disorder".

"Unfortunately, in the world of many crises, Europe is not an exception anymore. The illegitimate use of force and serious violations or sovereignty, independence and territorial integrity have become part of Europe's every-day life," he said.

"Russia, a permanent member of the UN Security Council, encouraged by the feeble international response to its 2008 aggression against Georgia, attempts to further destabilize countries in its near neighborhood. Russia's appalling military actions against Ukraine have been continuing for five years now."

Related articles
Rally in Vilnius to mark Russia's illegal annexation of Georgia's territories  (1)
Do we conduct our foreign policy in line with the US or with Putin’s Russia?

According to Nauseda, "Lithuania strongly condemns this prolonged violation of international law and urges the aggressor to respect the UN Charter, the Helsinki Final Act and bilateral agreements with Ukraine".

The president reiterated Lithuania's continued support for Georgian and Ukrainian independence and said that his country "will never recognize the illegal annexation of Crimea, the occupation of Abkhazia and South Ossetia".

"Some political leaders are raising an idea to create a new geopolitical space from the Atlantic Ocean to Vladivostok, drawing Russia in. It may sound interesting, but do we have common ground for it? Do we have shared values? The answer is no!" Nauseda said.

"As a matter of principle, we should not endorse unions in which some states become subjects of history, and some others – merely objects," he said.

"As of today, Russia has done nothing to inspire our confidence. Could this yet change? Yes! We would be the first to congratulate this turn of events – a democratic Russia respecting international law and the sovereignty of other countries."

Do we conduct our foreign policy in line with the US or with Putin’s Russia?

Last week’s news that, for the past two years, the Government led by Foreign Minister Linas...

The Lithuanian Foreign Ministry said on Wednesday it has allocated 20,000 euros in humanitarian aid to...

President to initiate search for remains of legendary partisan Luksa

Lithuanian President Gitanas Nauseda intends to initiate a search for the remains of Juozas...